Caper Clowns - A Salty Taste To The Lake 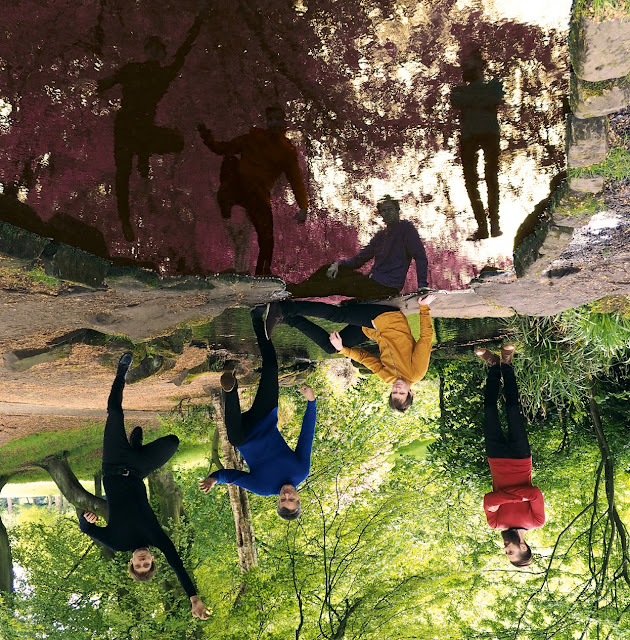 I know that I've been rattling on about what a great year 2018 is for Pop Rock. The end of year charts are going to be so competitive and there's more to come yet. One of the albums that I've been looking forward to most is Caper Clowns' second album and it doesn't disappoint. Quite the opposite in fact.

I loved the band's debut album, The Buca Bus, you can read the review here. These Danes have moved on apace, the maturity gained from all those gigs has resulted in one of the great Pop albums of this year.

A Salty Taste To The Lake has been trailed by two splendid singles, The Way I Dream, in which they out Finned Crowded House and the jaunty McCartney Pop of Sacre Bleu. A third single, Paper Trail is released next week in anticipation of the album's appearance on 5 October.


All three singles are worth grabbing, each includes an unreleased B Side.The Paper Trail flip, Just Another Supersonic Mastodon is particularly great, 4 minutes encroaching on Psych Pop with it's constant changes.


No difficult second album problems are present here. Whilst still mastering Beatles Pop, Caper Clowns broaden the range. Paper Trail is classic Difford Tilbrook, you can imagine a Boy Band grabbing hold of Loops and bringing it to the masses.

What If is an acoustic orchestral Windmills Of Your Mind sort of thing. Me For A Friend reflects a lot of what I feel about the album. It reminds me of one of those great Pop Rock albums of the 70's. Lifeline starts with a Roy Wood Move like riff, it's a fantastic piece of Psych Pop.


From the minute that I heard The Way I Dream earlier this year, I knew the album was going to be a stormer, I'm still singing the song six months on, it's a real earworm. A Salty Taste To The Lake is an upbeat melodic joy.

The biggest problem that I've had is keeping quiet about the album until now. It's been on constant repeat for the past few weeks. All of the things that were great about The Buca Bus are present, but the band have grown into an even greater outfit.

There is real depth in these 11 Songs. Caper Clowns may very well be my favourite band of the last couple of years. The album is a must have. It will be available as a 5 October release from both Kool Kat and Moby Disc.

You can pre-order by emailing caperclowns@gmail.com. I will update further links as I have them.

Posted by Anything Should Happen at 16:41