The On and Ons - Welcome Aboard 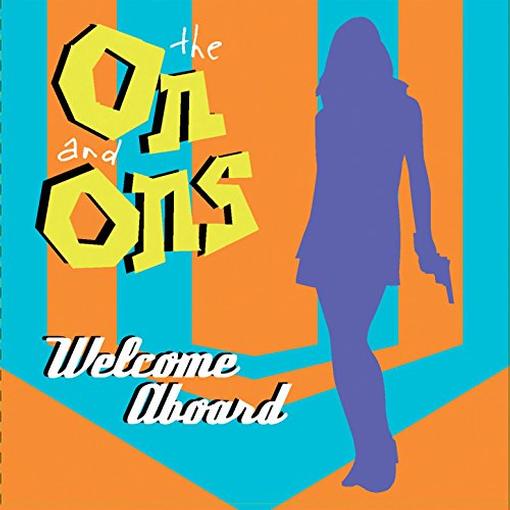 In The Big Sunset album review I mentioned the joy of discovering a new band that you knew nothing about. It's also great to discover a band that you've missed, but that is mixed with an irritation that you should have noticed them much earlier.

That irritation is increased when you realise that you know of the four band members through other things. Sydney's The On And Ons released their second album about 12 months ago, so now is the time that we can all catch up on what we've missed.

Brothers Glenn and Brian Morris were in The Zeros and then became part of Paul Collins Beat in 2012, touring the US and Australia in 2012. Clyde Bramley was in The Hoodoo Gurus and Jon Roberts was in The Barbarellas.


Welcome Aboard is on the excellent Aussie Label Citadel, another plus and the album offers up some good old fashioned Power Pop. Old Fashioned is meant as a compliment, I listen to so much Power Pop that isn't really such, that I've tried to separate it with a Pop Rock tag.

The On And Ons offer up a mixture of 60's Power Pop, also think The Knack and splendid Psych Pop. They are also not afraid to Jangle. There are also hints of the 90's Pop revival of Cast etc. All 13 songs speed by, leaving you with a "that was ace" feeling.

Glenn Morris's laid back vocal works on whatever they turn their hand to and there is plenty of variation. Mystic Eyes is very Big Star, Things I Love is Gallagher-esque with a great hippy trippy guitar solo. She's Leaving is great early Beatles Pop. To Die For is Jangle Heaven. Not The Only One, pure mod pop.


It is however the straight ahead Power Pop that appeals most to these ears, it's so refreshing to hear it done well, most notably on No Good For Yourself and (Not A) Sweet Girl. Welcome Abroad is a charming slice of Power Pop that deserves your attention.

You can find further details on buying the album at Citadel here. It's also available for download on the likes of iTunes here.


Posted by Anything Should Happen at 12:37

Email ThisBlogThis!Share to TwitterShare to FacebookShare to Pinterest
Labels: The On And Ons