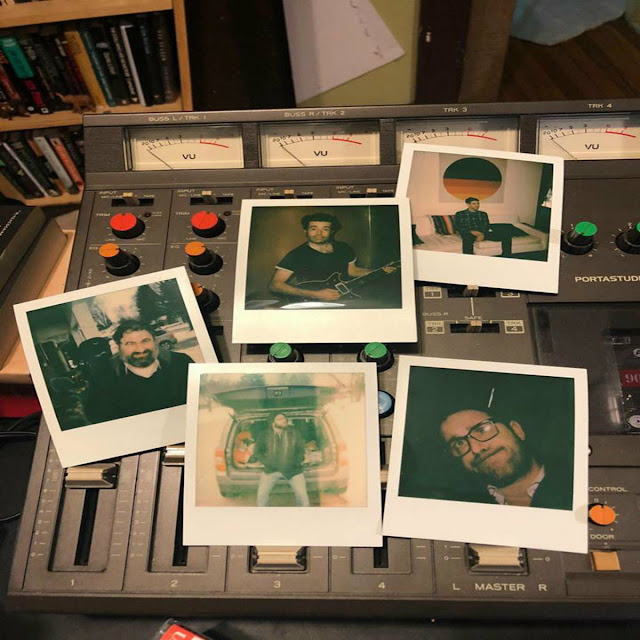 I like to think that I have my ear to the ground, but I was gobsmacked to only just discover The High Strung. So much so, that I had to ask my great friend Keith Klingensmith of Futureman Records, who filled me in with the details.

To discover that this is the ninth album from the Detroit five piece, leaves me plenty to catch up on and I intend to do that sharpish. Quiet Riots is one of the best Psych Pop albums that I've heard in a long time and it's not stuck in that genre.


If You Wanna Roll is Grade A Power Pop, Summer Of Night is Campfire Jangle and Eavesdropped On Again is Merseybeat through and through. But it's the Psych Pop, with the emphasis on Pop, that appeals most. This really is wonderful stuff.

For those who haven't heard it on the Radio Show, Riots Of The Mind is an absolute gem of Sgt Pepper-esque Psych. Then there are joys like When I Lay My Egg with it's Relics like feel and Legion is like something from Head.


You'd expect a song like Goffin & King to be some sing along ballad, not a bit of it, it's li8ke something straight from Toytown, very Keith West, with a great instrumental break out. The whole thing sounds so Carnaby Street.

Quiet Riots is beautifully played, full of unexpected hooks and chord and tempo changes. It's only March, but this is one of the best things thus far this year. If ever you look at the label Psych Pop and think it's gonna be some weird shit, you should play this album, it's full of melodic greatness.


You can listen to and buy the album here. You can find out more about the band here.

Email ThisBlogThis!Share to TwitterShare to FacebookShare to Pinterest
Labels: The High Strung