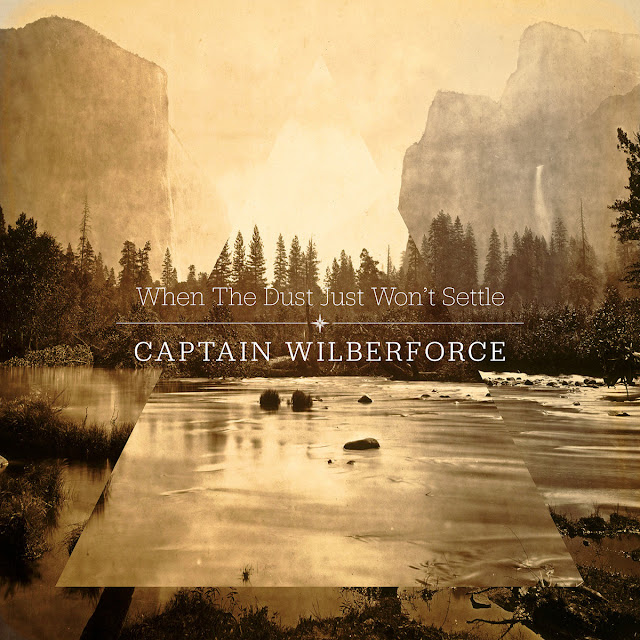 Simon Bristoll's Captain Wilberforce must have been banging his head against the nearest brick wall withThat She Knows, because it may be the  all those Neil Finn comparisons. If only 10% of those Finn fans bought his back cat, he would be retiring to Whitby,

Where you can see the previous Finn comparisons, I've made them myself, there was always far more to Captain Wilberforce and here they prove it. The songwriting is still as spot on, but When The Dust Just Won't Settle feels far more like a band album and that has fleshed out those songs.


The album also feels more in your face. The hooks are still plentiful, but the vocals and riffs shout out far more. This is most pronounced on the two opening songs which fairly rock, but it is also further evident in the production.

Sad Machine is all rock riff and programmed drums, but The Last Dance Is Over is most reflective of the bigger sound. These two fine introductions lead to more expected vibes. It is certainly ok to reference Neil Finn on I Think That She Knows because it may be the best Crowded House song that they didn't perform on.

There's more than enough here to satisfy long term fans. The album stretches into new, less familiar, territory and it is that that works best. There may not be a Rock album in CAPTAIN Wilberforce but the diversions in that direction add to the joy.


You can listen to and buy the album here. You can read Ian Rushbury's IDHAS Interview with Simon here. You can also buy the CD from Kool Kat in the States here.