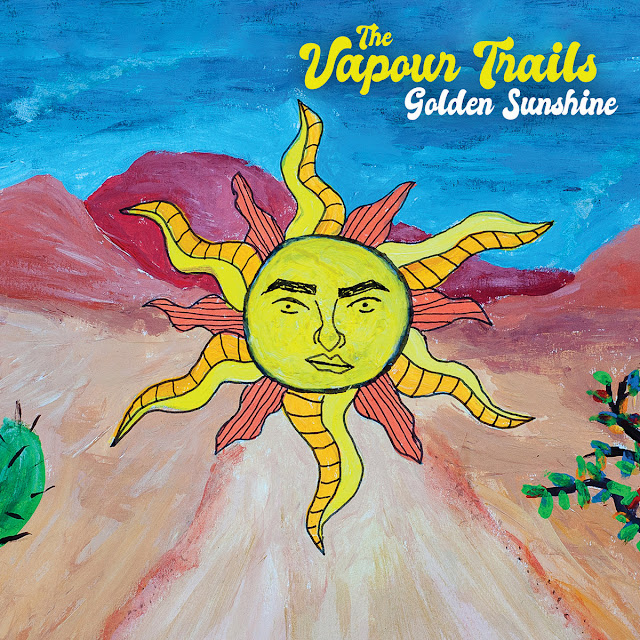 Aberdeen's The Vapour Trails serve up their second album after an outstanding 2019 debut album. You can read the IDHAS Review of that album here and I notice that more recent reviews of the band have labelled them as Psych Rockers.

I honestly believe that there's a fair bit of lazy reviewing occurring, something I notice far more often sadly, because this lot are far more than that. True, the two openers, Golden Sunshine and Dr Barnes are in Psych territory, but most of the rest of the album is a Gold Plated Indie Guitar affair, more Jangle than anything else. Far be it from me to suggest that an album gets reviewed after listening to the first two songs, because we all know that most are cut and pastes of PR Reviews.

There are diversions into all kinds of areas here, but essentially all of it is Guitar Pop of the highest order. Think Glasgow Sound, C86 and definitely Jangle, wonderful Jangle that drifts the odd time into Byrds and Petty Territory.
,
There's a great Power Pop offering with Why Wonder Why and a slight New York Sidewalk Sleaze on Strange which erupts into a Brit Pop chorus. Lonely Man has a real Merseybeat, almost Hollies, feel whilst This May Be The Time is great mid 70's Pop Rock.


I'm not sure if The One That Got Away reminds me of Stephen Bishop or a Teenage Fanclub slowie until a mini Harrison like solo. Different Girl is a cracking jaunty jangling joy, aided by a fine accompanying vocal from Nicki Welch,

There is so much to like here. Golden Sunshine is Top Notch and Highly Recommended. Remember it's not Psych Rock it is Indie Guitar Pop. The album is also another triumph for Detroit's magnificent Futureman Records.

Posted by Anything Should Happen at 20:56