The Vapour Trails - See You In The Next World 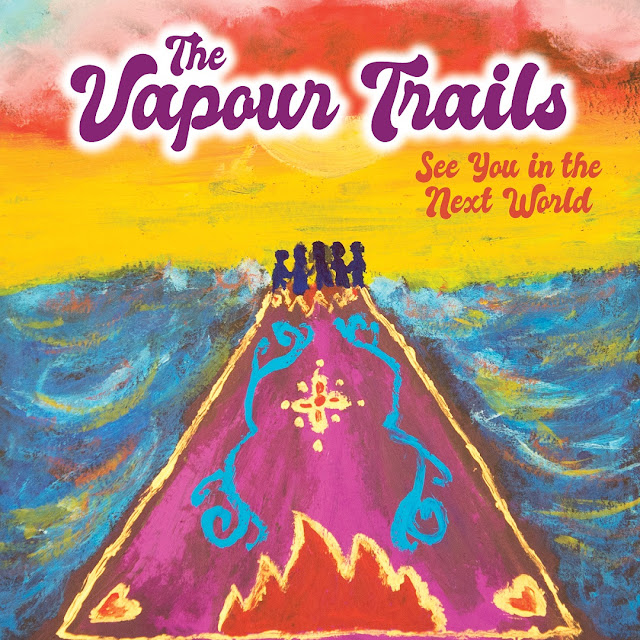 Another example of a fine UK band on an equally fine label reveals itself with the long awaited release of The Vapour Trails debut album. Futureman Records just seems an ideal fit for the Aberdeen five piece.

In just 10 days, the CD has sold out and I hung back with this review, because the album was getting so much attention. See You In The Next World is a jangling fest of an album. Tight Harmonies and the jingling riffs make this album, a joy to listen.

Particularly with the Scots connection, there will be plenty of comparisons with the mellower side of Teenage Fanclub. This isn't really fair, it's onlike you'd make a connection with TFC and The Byrds, it's there but only only partially.

This feels much more Californian, late sixties laid back Rock. There's a Tom Petty vibe at times, even early Eagles, but it's that Jangle that hooks you completely. There is of course, plenty of Jangle Pop around at the moment, but none of it as good as this.

See You In The Next World excels best when it ventures into Psych Pop on the title track and The Inner Truth. The band though are equally comfortable around the campfire on Written In The Breeze. Sonic Wave could be on the White Album.

The killer song here is the magnificent, Godspeed It, but the whole album is a joy to listen to. This is one of the best debut albums that I've heard this year. Well done The Vapour Trails and well done (yet again) Futureman!

Email ThisBlogThis!Share to TwitterShare to FacebookShare to Pinterest
Labels: The Vapour Trails