The Total Rejection - Everybody Knows What You Don't Know 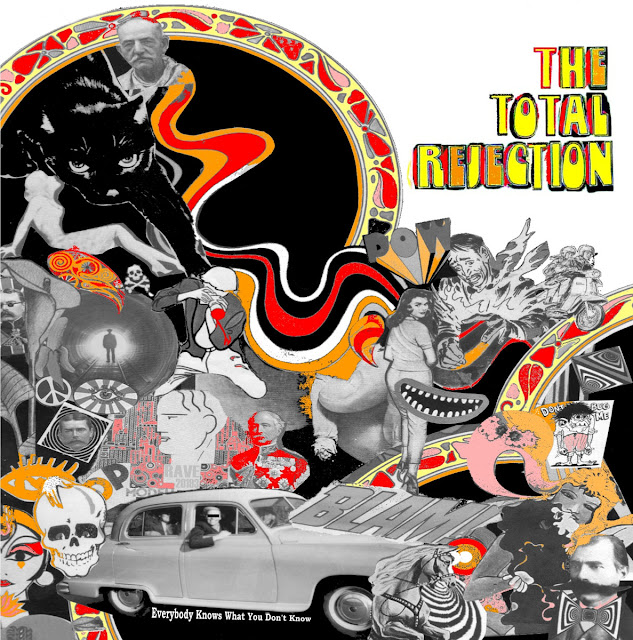 I think that after three years of IDHAS, that beneath the poptastic big choruses, the true love of my life is Psych, particularly with a tinge of Pop. I know I don't cover it enough on here, I have no idea why. The Total Rejection only border on Pop, but the Psych is wonderfully accessible.

Released on Bristol's splendid Raving Pop Blast label, this follow up to Wrapping Yourself In Silver Foil Won't Save You From The Blast shows the band growing, particularly Arthur Andrew Jarrett. AAJ seems to be involved in most things West Country Psych.

Where as the debut was a bit rough and ready, this follow up seems more fully formed, it knows what it wants to do and goes off and does it. It hints a lot at The Creation, but is probably nearer a modern day version of The Seeds.

The roots may be in the second half of the Tune In Sixties, but the feel is a far more modern Garage Rock. This is dirty Psych. There are pop sentiments here, but it's more good old Rock and Roll that's trying to get out.


Such is the vibe on all 13 songs, that any could be chosen to recommend. This an album to be listened from start to finish, This isn't mess with your mind music, but it's definitely make sure you know where you are. It's an absolute blast.

Posted by Anything Should Happen at 11:07

Email ThisBlogThis!Share to TwitterShare to FacebookShare to Pinterest
Labels: The Total Rejection