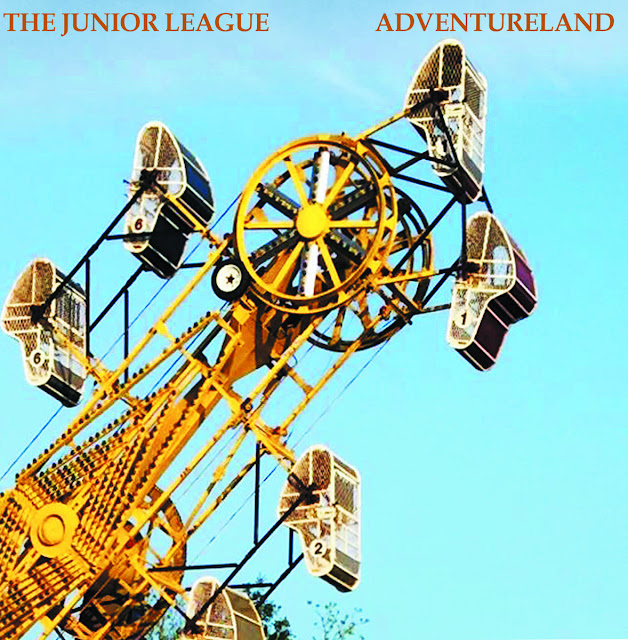 Any album from Joe Adragna's The Junior League is worth the admission, but Adventureland is a revelation. 2005's Debut Album, Catchy, remains in my Top 10 Power Pop albums of the 21st Century and this sounds every bit as good and could well be better.

The 80's is a decade that I like to beat about the head with a wet fish. But when you hear an album like this, you remember that there was some great Guitar Pop amongst the make up and Casio keyboards. If it were the 80's, this album would sell oodles.

From the opener Heavy with it's Tom Petty Teen Flick Film Soundtrack feel to the closing rock out, Adventureland At Night. this one joy of an album. 10 songs, 28 minutes, say what you've gotta say and move. So good that you can play the album twice in an hour.

Have Faith In Yourself could be on ELO's Time album with it's The Cars like synth run. Everybody Wants To Play is a rocked up version of The Knack. Town In A Box just doesn't let up and The Buggles like backing on the splendid Falling In Love rounds of an absolute gem of a song.

No More is US New Wave Punk at it's best. Most of these songs could have been on an 80's Teen Movie, all ten could be singles. It really looks like Power Pop is back and without doubt, Adventureland is a contender for IDHAS's Album Of The Year. This album just doesn't settle down  for one moment. This is simply poptastic!

You can listen to and buy the download here.  The CD is on Ray Gianchetti's top notch Kool Kat label here.

Email ThisBlogThis!Share to TwitterShare to FacebookShare to Pinterest
Labels: The Junior League