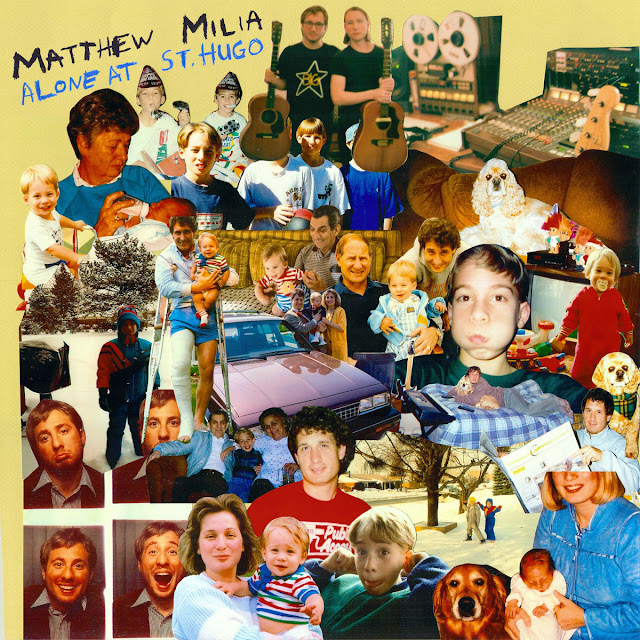 Michigan has been fairly quiet music wise recently according to these IDHAS ears. That is about to change with the upcoming Extra Arms release and The Legal Matters back in the studio. Kicking off the charge has been seemingly delegated to Matthew Milia and that's a good thing.

As Front Man of Frontier Ruckus, Milia is far more in Americana territory, none of that here. Alone At St. Hugo masters gentle Pop Rock and it's a deeply satisfying album. There are still hints of Americana, but largely this is splendid straight ahead California Pop.


The country tinge of Congratulations Honey is counter balanced by the Jangle Pop of Attention Students. Lyrically, the album gives a modern impression, again evening the Archive Pop of the material. You should certainly listen to the words here.

This excellent Singer Songwriter vibe reminds me a lot of Elliot Smith. The collaboration with Ben Collins has worked beautifully, the tricky chords are still present, but the pop sensibilities wash over everything, wonderfully so.


The Pedal Steel on Schemer is so weeping, enhancing the melancholy, Abruptly Old And Caffienated could be The Rembrandts. The closer, Karen's Just A Kid could be The Jayhawks and has a blistering guitar solo within, rounding off ten songs that make the 48 minutes spent, more than worthwhile.

There seems to have been plenty of time spent recording the album. There's a dedication and perfection spent on the arrangements and harmonies that make this such a joyful listen. Alone At St Hugo is great Pop and you say that less and less these days. Top Notch Stuff!