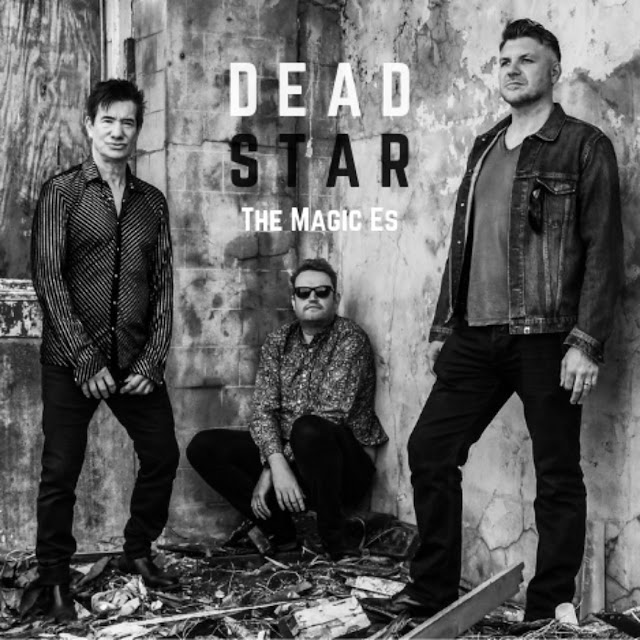 Norwich Trio. The Magic E's follow up 2017's excellent debut album, It Goes On, with Dead Star ad this feels like the breakthrough offering. The production is big, the choruses are big and all 8 songs sound incredibly radio friendly.

The two opening songs set out the agenda, both Everybody Knows and the wonderful, Into The Fading Light are storming Blue Collar, get up on your feet joys. That's not to say that the album is front loaded because any of these ten songs cut the mustard.

On the recent Volume of the IDHAS Audio Extravaganza which reached the Mixcloud Indie Global Chart, Into The Fading Light got most attention and rightly so, but The Magic E's are no one trick pony.The sound is very US friendly, at times it's hard to believe that these three aren't Yanks.

Someone Like You has a Stones Vibe, but maybe if Mick Jagger was backed by a New Wave band. I can envisage comparisons with The Killers, certainly production wise, but the album isn't as shouty and far more melodic.

It's been a while that I've been so impressed by something so commercial. But Dead Star is so damn likeable, it's a wall of sound, but not Kitchen Sink, the hooks are big and the whole thing sounds fully formed. This is a great album.

You can buy the CD now or pre order the download for it's release date of 6 September here.

Posted by Anything Should Happen at 11:54

Email ThisBlogThis!Share to TwitterShare to FacebookShare to Pinterest
Labels: The Magic E's