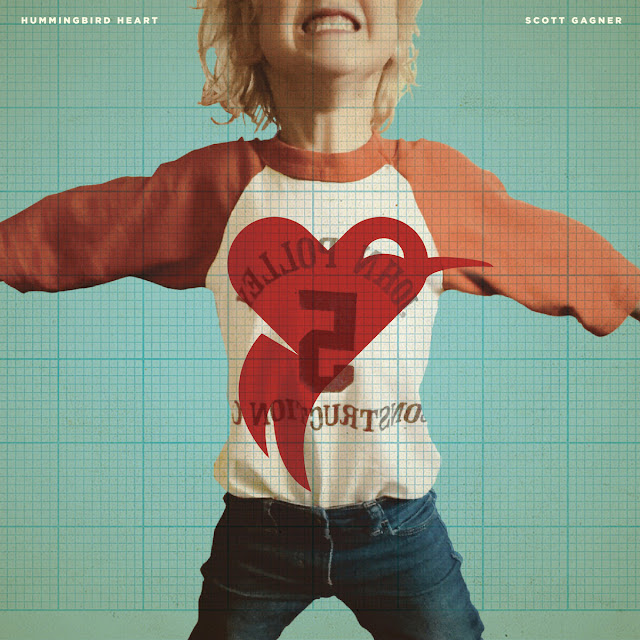 There was a time, not too long ago, that great Singer Songwriter albums appeared regularly across the year. That seems to have slowed down to a snail's pace over the past couple of years. Singer Songwriters would appear not to be in, particularly in the world of IDHAS.

So it's particularly pleasing to hear the West Coast's Popmeister's return. Hummingbird Heart has to go some to beat the not so difficult, third album, Pins And Needles. Thankfully it does and then some, this is not only a fine listen, it also seems more upbeat than what has gone before.


Ken Stringfellow is present again, an added bonus, but this does feel more Scott Gagner than any collaboration. The Petty-esque vocals are still a joy to listen to, but the melodies are bigger and the songs more fully formed to warrant that comparison.

The lead single, Bella gives notice of what to expect, plenty of Jangle, lots of hooks and some fine harmonies. That Jangle is even more infectious on You Can't Break A Broken Heart. That's not to say that the album is aimed at fans of The Byrds.


Breathe has a real 80's feel with it's synth led croon, When I Had The Chance has even more of a croon with it's Country feel. Put A Little Beauty is charm personified, a great arrangement enhances a Jackson Browne feel.

The album does slow down as it progresses to become more of a curl up companion. But when Hummingbird Heart rocks, it is at it's best. Baby Gets What Baby Wants is a crackerjack of a song. This is a fine album. essential listening.