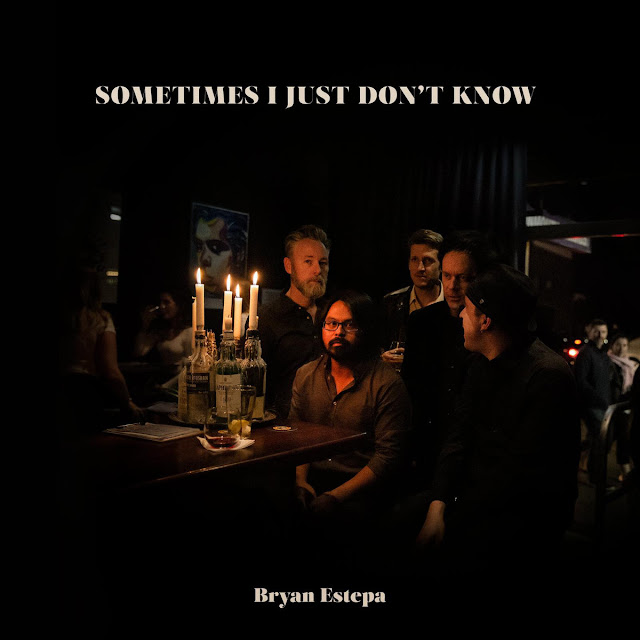 As I've said previously, Bryan Estepa does both Power Pop and Alt Country in equal measure and masters both equally well. It just surprises me that he is so known for the Alt Country, that the Guitar Pop gets neglected.

Well, this is the album to change all that. This is the Australian Singer Songwriter's Guitar Pop album and it rocks suitability. This is a proper band album and it shows that he's played with them for seven years. Put simply, this album is fantastic and what this sluggish year has been waiting for.

Aided by a killer lead single, the album opener that is I'm Not Ready For This. Fellow, underrated Aussie, Michael Carpenter is present too on the Starsailor like, Rattled And Roll, But all ten songs, the pace rarely lets up.

A slower song such as the mini Torch Ballad, Granted allow you to admire Estepa's versatility and talent, but only put a temporary hold on the Guitar volley that's to come. Alt Country is on the back burner, only really Valleys giving a hint f what is around from the past.

Highlights are too many to single out, any of the 10 songs could be mentioned to extol the strength of Sometimes I Just Don't Know.  No Ordinary is a personal favourite, but that may be because I've advance listening of I'm Not Ready For This for a while.

It's really hard to think of only three songs to embed in this post, so I'd suggest you listen to the whole thing and then open your purse. This is gonna take some beating in the IDHAS End Of Year Chart, I can't see much that will beat it at present.