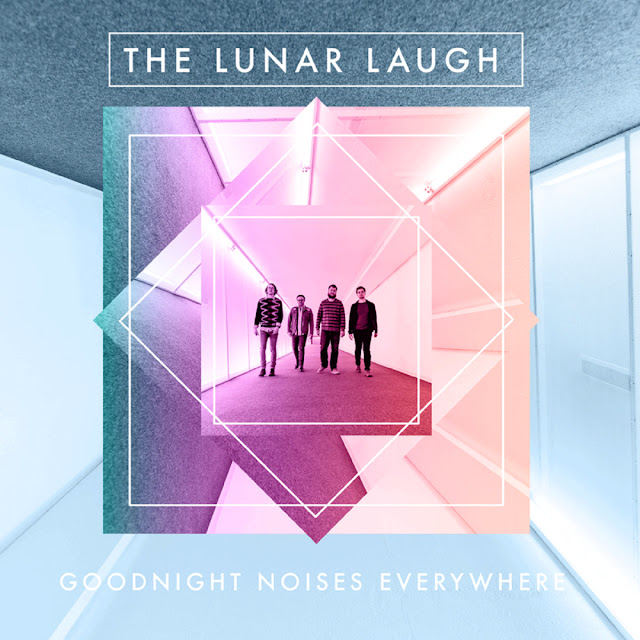 I'm a big fan of Oklahoma's The Lunar Laugh. I covered their second album. Mama's Boy here. There is a marked change on this third album. Without losing what they are good at, the band have grown considerably and it works beautifully.

Goodnight Noises Everywhere feels much more of a band album. The Three Part Harmonies are considerable and wonderfully done. So where Mama's Boy felt much more like a UK album, particularly the upbeat songs, this album feels much more American.

The changes aren't massive, just far more focused. A band can be damned if they do, damned if they don't. Stay the same and everything sounds the same. Change and it isn't what fans are used to and there's a reaction. The Lunar Laugh have got it spot on. Things aren't the same, but they haven't moved too far.

Welcome To The World is a corking opening song, a sort of reminder of what they've done before, but as the album progresses, those harmonies really kick in and you realise how much work has gone into making this album such a joy to listen to.


They had about two dozen songs to work with and narrowing that down to 10 has concentrated on the quality. There isn't a duff song here. The arrangements are sharper and the solos don't seem out of place. The album moves seamlessly between Pop Rock and West Coast Easy Listening. Another Casualty is ace with it's laid back feel.

At times, there is a Singer Songwriter vibe. You Remember Me is classic AOR Ballad material. Overall though, the Power Pop of recent times has been put on the Back Burner, there's more of a concentration on the complexity of the songs.

By The Light Of The Living Mood is the sing along stand out and I love what the band have done with the closer, Saying Goodbye, which is a Finale with bits of what's gone before, similar to a Classical Music Encore. Throughout I'm reminded a lot of bands like The Legal Matters and The Explorer's Club with the vocal dexterity.


Goodnight Noises Everywhere is an outstanding album. One of my favourites of the year so far. You can listen to and buy the download here. It's all supported by two great labels for the physical version. The Vinyl is on the You Are The Cosmos here. The CD is on the Kool Kat label here. You can find out more about the band here.

Email ThisBlogThis!Share to TwitterShare to FacebookShare to Pinterest
Labels: The Lunar Laugh