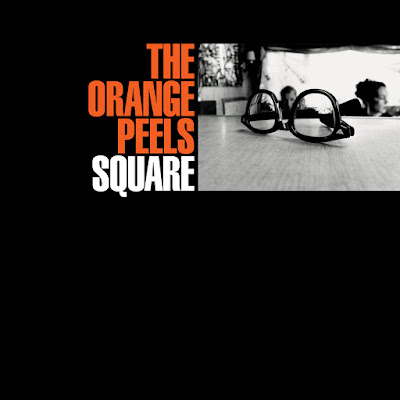 Square is one of the great debut albums. There are other strong debut albums and you'd expect there to be. The first album is usually finely honed, the songs have been toured and rehearsed and readied for the studio recording. However, few remain a band's best album, experience and playing proficiency develop the songwriting and performance. Those early Beatles are still an enthralling listen, but are they Revolver?

Square may be The Orange Peels best album. That's not to denigrate what has come after in a marvellous career. The following albums have been great, indeed wonderful, but are they better than Square? Equal in some cases maybe, but Square is just outstanding. Bear in mind that 1996 - 1997 was a really competitive time for Pop Rock. There are so many fine albums as the genre was revived, probably in reaction to all the gloom and angst of Grunge.

Many great albums yes, but no one did it as well as this lot. I admire Allen Clapp so much. He doesn't play the "How you guys doing" card, preferring not to knock about in Facebook Groups or give his opinion on everything, no matter how irrelevant. He just concentrates on releasing great band albums and being involved with other talented artists on his wonderful Mystery Lawn Music adventures.

This extended version of Square tells the story of that album. It was intended to be his second solo album after his 1994 Allen Clapp And His Orchestra debut. As time went on, that project led to the band unexpected morphing into The Orange Peels. It wasn't planned, but thank goodness it happened. Three Record Labels and Two producers later, the album hit the streets in 1997.

Hence what you have here. The original release is remastered and sounds glorious. Also added are some alternate mixes, but it is the other additions that make this set so worthwhile. There is the original 1996 California Version to compare the final release to and Nine original demos, eight of which are 4 Track and reveal a different basic beauty of the songs. Added to this a cracking live KZSU performance of Number One.

The album has been available on Vinyl and CD, but are sold out. You can find a few online at retail price if you search them out quickly. Hopefully both or either format may get reissued. In the meantime, the album is available to download on Bandcamp. I've chosen my three favourite songs here, but you may prefer others, so do got to Bandcamp and listen. Those who haven't heard it are in for a treat, those who have will get a reminder of how superb it is.

Email ThisBlogThis!Share to TwitterShare to FacebookShare to Pinterest
Labels: The Orange Peels