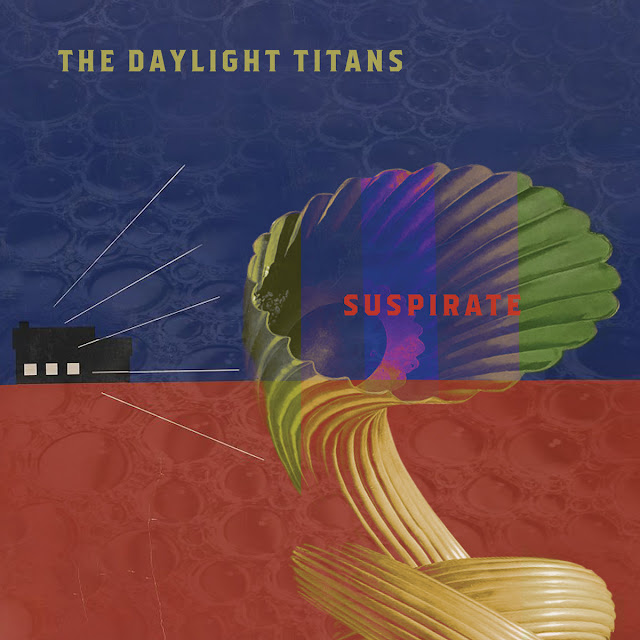 Austin Texas Quartet The Daylight Titans unleash a great Pop Rock album that spits out at times. No chance of 10 samey samey songs here. The split vocals also help the variety on what is largely an American sounding College Indie Rock.

Andy Smith takes the lead vocal on the majority of the songs, seven in total and his plummy voice works beautifully with some great rhythm and lead guitar accompaniment. Most notably on the excellent Wonderboy when Smith's big Voice even sounds a little bit Johnny Cash.

In comparison, Drummer, David Mider's three lead vocals are more Michael Stipe like and his songs veer more towards a UK Mid 80's Indie or even earlier New Wave. Seven Acre Wood even drifts into Psych Pop in the chorus.

(What Ever Happened To) Jennifer picks up the pace considerably, more IRS than anything and that pace continues on Now You Wonder Why, a sing along that fairly races by. So long Aloha, Farewell is a jaunty closer teasing towards an Americana Rock vibe.


Out Of Round is a fantastic opener. A Mider vocal on a song that isn't really representative of the rest of the album. Very Indie, the song shouts out and has everything even some great additional vocal calls. A great start to a great album.

Suspirate rocks and certainly not subtle, more fist waving really. It is splendidly played and intelligently put together and you do sense that The Daylight Titans will be some live act. Until those going out days return, console yourself with this fine fine album.

Email ThisBlogThis!Share to TwitterShare to FacebookShare to Pinterest
Labels: The Daylight Titans