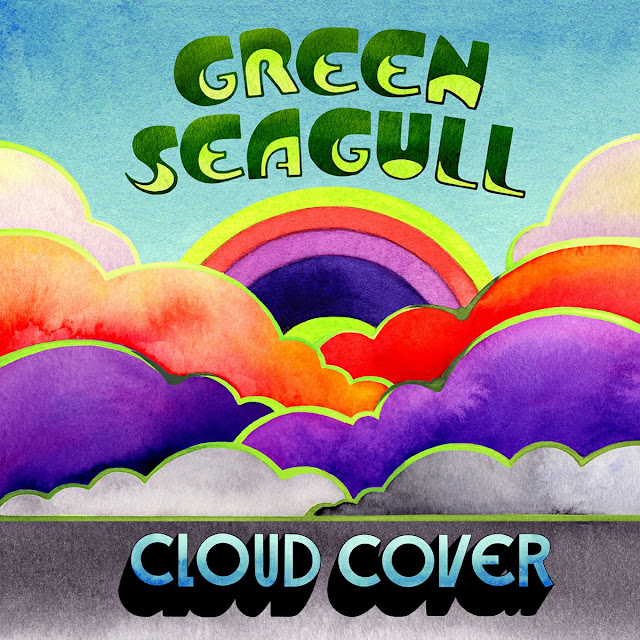 We are fortunate to be in a time of great variety in the UK in record labels that cover new Sixties orientated Psychedelic Pop and Rock. Essentially coming out of Kent and Bristol, I can't recall a time as prolific for a long long while.

John Blaney's Megadodo label gets lost sometimes in this scene and that's sad because the label has been a long time supporter of the genre and in Green Seagull, the London based quartet, they have who are one of the best bands in this current explosion.

Largely Green Seagull inhabit a Fifth Dimension world, songs hook you in an all so gentle way with captivating harmonies and some wonderful organ runs. They can break out, but prefer you to stay in this confined, almost hippy, space that just captivates you.

Their sound isn't rigid. Dead And Gone is splendidly twee and Paper Cut is almost a shuffle. Made To Be Loved gives an indication of what they do best and is probably the standout inclusion, but a song like In The Morning Time edges into Village Preservation Kinks.

Simeon |Brown is wonderfully Toytown and Belladonna shows off those Organ licks to the fulkl extent. Cloud Cover really is a tip top album. Tune In and Chill Out, you deserve to be delighted and certainly will be by this album.

You can listen to and buy the album here. You can find out more about Megadodo here.