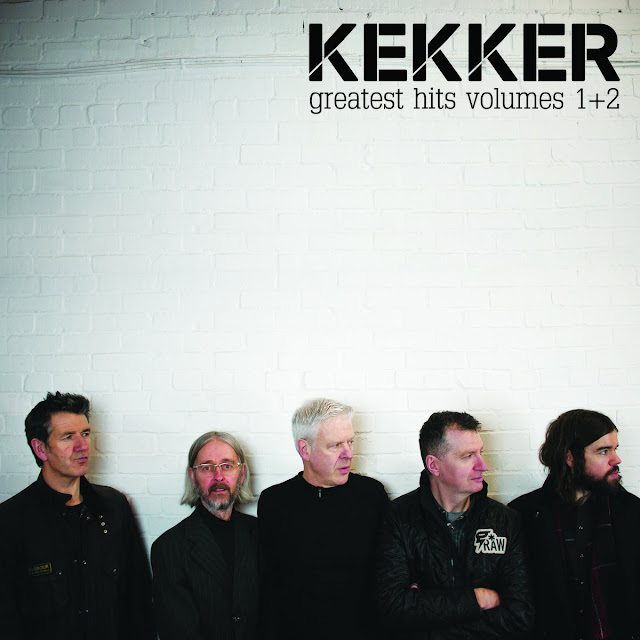 It takes a fair amount of tongue in cheek to call your debut album, Greatest Hits Volumes 1 + 2, but Keith Matheson gathers together a host of Scottish Pop Rock royalty to make the case that this offering could be just as the title says.

From his time in Swiss Family Orbison, he grabs ex bandmates Gregor Philp and Dougie Vipond, both now with Deacon Blue. Also along for the ride are ex Danny Wilson cohort Ged Grimes, who is now with Simple Minds and Andrew Mitchell, whose excellent Andrew Wasylyk recordings are a joy. Andrew was also a member of The Hazy Janes, a real IDHAS favourite.


So if you are going to name your album so boldly, it better be great and this is. With the history, I expected something more twee and thankfully we have a full scale rock out. The album sounds much more American than Scottish. Plus it is recorded in the studio, a rare event these days.

The sound is big, the hooks are plentiful and the solos riveting. Indeed, this feels more AOR than Pop Rock and I keep thinking of Boston as I listen more. These 10 songs are definitely in that ballpark, but without the histrionics of Tom Scholz.

When Kekker move away from the melodic rock, they get even more interesting. Parachute borders on Radiohead and Mercy is almost 60's Toytown Psych Pop. Family Bird is close to Power Pop and the closer, Suppertime is a lullaby.

But the dominating sound is great singalong rock. Doveroverland is most notable, but both Uncommon Angel and Real World People are similarly anthemic. Greatest Hits Volumes 1 + 2 is a great feel good listen and highly recommended.


You can listen to and buy the album as a download or on Vinyl here. The CD is available from the home of Pop Rock, Kool Kat, here.

Email ThisBlogThis!Share to TwitterShare to FacebookShare to Pinterest
Labels: Kekker