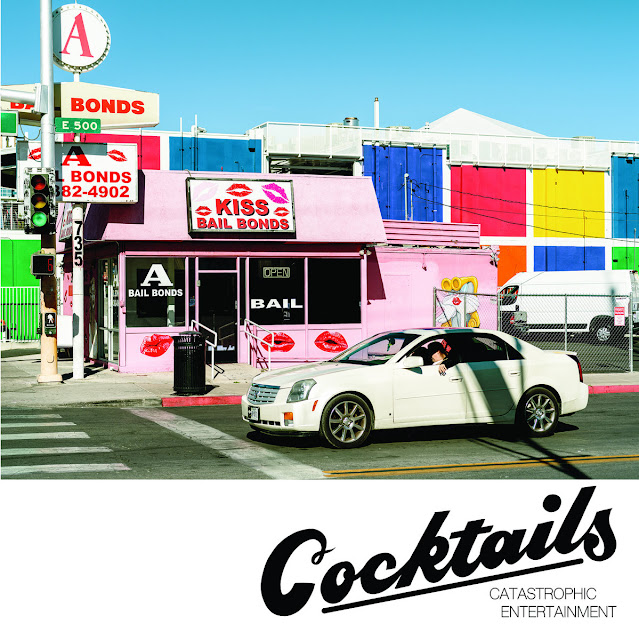 Great Power Pop albums aren't that easy to find at the moment. Truth is they haven't been for a while. So it's refreshing to hear something that is. San Francisco's Cocktails have mastered that feel of the late 70s / early 80s wave of Power Pop that was aided by the post punk New Wave explosion.

Think The Records, The Sinceros, The Rubinoos et al. Hooks are plentiful, choruses are big, riffs grab hold of you and love is lost and found. All of this is achieved with aplomb with an adept ability to not appear to be a pastiche.


Songs are fully formed, the arrangements and playing are top notch and there are some fine guitar solos to single out. There is even a hint of Chinn and Chapman Glam at times, particularly on Waiting On The Summer which reminds me a lot of The Speedways.

When the album steps away from Power Pop, there are even great rewards. Those Changes is great New Wave with a Cars like synth run and a real similarity to The Only Ones. You'd expect Bun E. Carlos, a song named after Cheap Trick's ex drummer to be 70s Pop Rock, but it sounds more like Ash.


All of these comparisons are worthy. Take It Back is a fine slacker closer in Weezer territory and the stand out song here, Nobody's Going To The Movies has every single component that you would expect to achieve a Summer Single Smash.

11 songs in 27 minutes more than suits the genre and there is so much to like here. Catastrophic Entertainment is the type of album that you would hear in abundance when I Don't Hear A Single started. Sadly Power Pop has lost itself in Groundhog Day nonsense since. Thank goodness, the likes of Cocktails can see through the long grass.

Email ThisBlogThis!Share to TwitterShare to FacebookShare to Pinterest
Labels: Cocktails