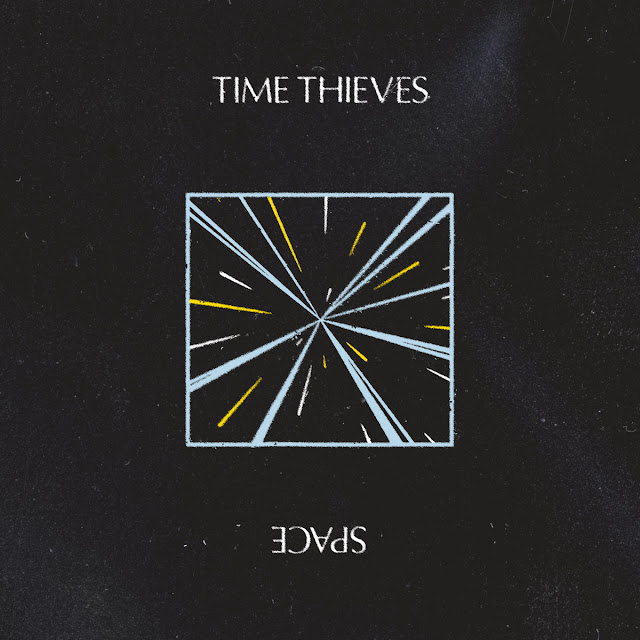 All five are members of very different, much noisier bands. It's as though the angst of those bands' songs, excellent though they are, has been shed to provide something poptacular and it really really works. Don't look for lyrical depth, these are songs to be sung with, head nodded to and foot tapped accordingly.

It is really refreshing to hear the obvious enjoyment ringing out. Space is a cracking feel good listen. The band sound like a less po faced and more melodic Jimmy Eat World or a less humorous early Weezer. The hooks and riffs just grip you.

When Time Thieves branch out on a song like Light, the talent is revealed and it's shown that these are not simplistic I Love You Yes I Do merchants. Light is amazing, but it is the pop that really shines, particularly on the likes of You Should Know, a killer single if I ever heard one.


What is also unusual in these front loaded album days is that Space gets better and better as it progresses. You'll note that I've selected three later songs for you to listen to. I can't recommend the album more. Cheer yourselves up. Buy it now!