The Total Rejection - The Time Traveller's 3rd Will And Testament 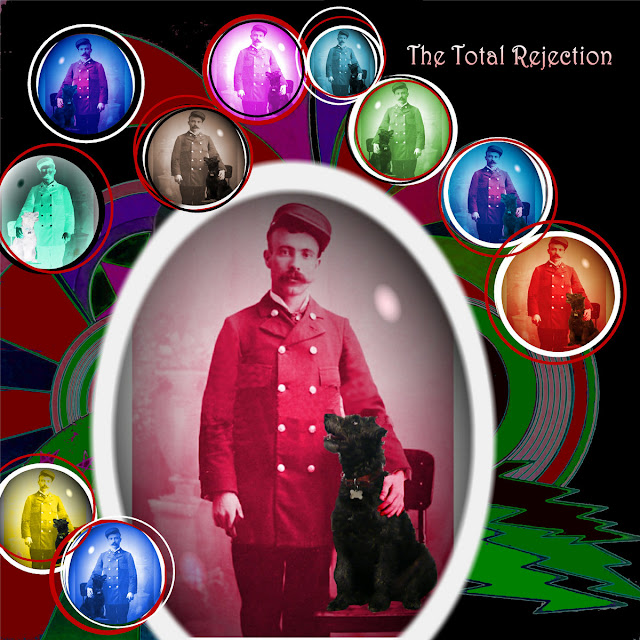 I reviewed The Total Rejection's excellent second album, Everybody Knows What You Don't Know, last year. You can read that review here, but all that I wrote still applies, it's a monster of an album and so a third album had to go some.

Thankfully this does. It is a testament to Arthur Andrew Jarrett, his splendid Raving Pop Blast label and most importantly, his band. The Total Rejection are building up a formidable back catalogue. There are plenty of worldwide labels that thrive on the 60's, but no one does it as well as The Total Rejection.


There is a lot of Garage Rock that I hear that frankly is just noise, more an attitude than a collection of songs. Those songs are secondary to the look and sound, not a bit of that here. These songs are perfectly formed, largely built on killer riffs.

There is also noticeably even more depth here. Drilling Holes Into The Sky is great Mod Pop and Caravan could be on The White Album. For every garage wig out such as Weeds, there is a counterpoint such as the "It's Groovy Baby" of Next Time I See You Around.


Enough is in Small Faces territory and Too Late, I'm Gone is splendid UK Beat circa 1965. The stand out is the closer, Distress Signals From A Planet On The Edge Of Destruction. It is a sprawling six minute joy that borders on Space Rock.

For all this variation, there is still plenty of what the band are best at and that is Psych Pop of the highest order. The Total Rejection master what they do. The Time Traveller's 3rd Will And Testament is a joy to listen to. Highly Recommended.

Posted by Anything Should Happen at 17:48

Email ThisBlogThis!Share to TwitterShare to FacebookShare to Pinterest
Labels: The Total Rejection