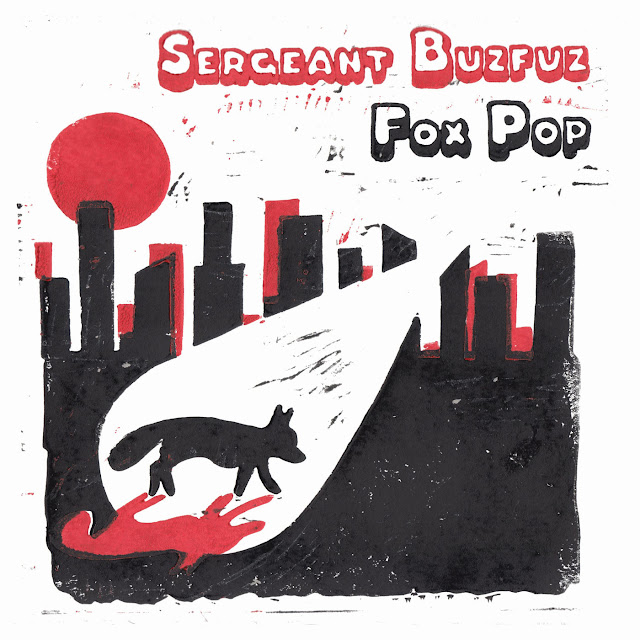 In younger days, I tended to be amazed at how the quirky bands that I loved were not massive. I just couldn't understand why the world wasn't fawning at the likes of XTC, The Sugarplastic etc. As I grew up I realised that there were many reasons including Bands being too clever, people just wanting to dance or sing along.

Lately that has been because of many other distractions, people not going out and a general negativity towards everything. This brings us to Sergeant Buzfuz and their seventh, that's SEVENTH album which is suitably wonderful. Head Boy, Joe Murphy's London base is entwined with his Sheffield roots to fashion up a workshop in great lyric writing.

If you read reviews of the album, you will see it described as 60s Beat and Psych Pop, Post Punk, Garage, Folk and C86. The trouble is it is all of those things in parts, but actually none as a whole. At its heart is great Indie Pop. If you turn your attention to anything in particular, you can label it accordingly, but as a whole it is magnificent.

Theresa McKee, for instance is great 60s Toybox, yet compare that to the angry Folk of Fill In The Blanks or the pure Glasgow Pop of Your Time Is Tomorrow with its almost Mental As Anything Vocal. At other times, there are unexpected Flute Interludes. There are plenty of Celtic Folk influences, but all are especially jaunty.

The Tongues They Wag Away reminds me a lot of Big Stir's The Armoires with it's feel, shared vocal and there's even a violin solo. Who Art In Seven Hills converts The Lord Prayer into Sheffield references which leads to the lyrically superb Rare And Racy which is almost Music Hall.

These eleven songs will educate and amaze you whilst challenging your tastes. The left field Indie brigade of the 90s will love them for their quirky pop, but Folk fans will love the arrangements. Remember though that Fox Pop is a Pop album, it just beautifully wanders off the path at times. This is a heart warming listen. Proof that whatever is going on in the music industry you can't hold back talent. Highly Recommended!

You can listen to and buy the album everywhere. You can find out much more about the band here.