The Successful Failures - Pack Up Your Shadows 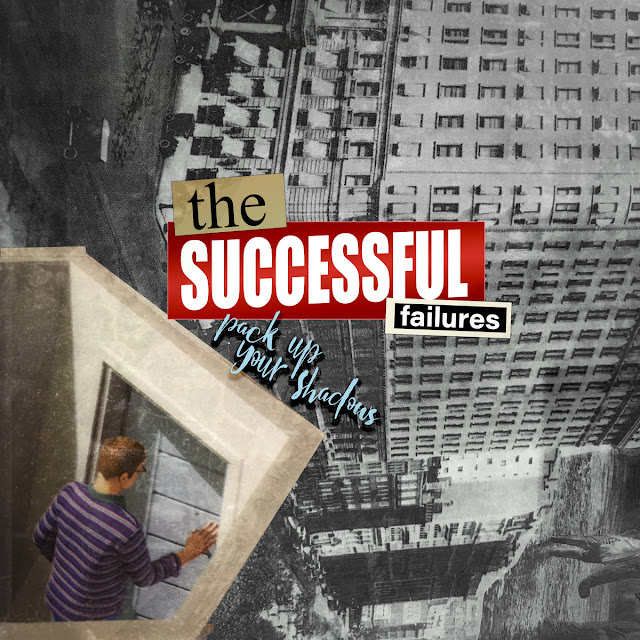 I absolutely adore Trenton, New Jersey's The Successful Failures. In my review of 2017's Ichor Of Nettle, I tried to explain how varied they were. You can read that here. Pack Up Your Shadows was recorded remarkably quickly earlier this year and was initially planned to be an EP, but the quality oozed and so you have the nine songs.

Essentially, the band vary between Pop Rock and Americana and this can confuse people like me. I think my views on how one size fits all has all but killed Americana, but these four remind you of how great the genre can be. Particularly when it edges more towards Country than Bluegrass.

It also gets forgotten that Mick Chorba is a fine songwriter that is never afraid of surprising you with a turn of phrase or an unexpected musical turn. This album is largely half and half. Two Americana songs by followed four outstanding ventures into Pop and Rock and then bookended by another two Americana-ish affairs. Then adding a great Country cover of Clarence Williams's My Bucket's Got A Hole In.

Honeycomb is a campfire opener whilst On Down The Line is a hillbilly romp. Then it gets really interesting with probably the best song that you will hear this year and its a Murder Ballad. Murder 'Neath The Silver Moon is incredible and what a Guitar solo to close it.


This Girl could be Nick Piunti, it is a Power Pop delight and followed by a 50s Rock And Roll weepie in How Many Words. More Of The Same is even more interesting a sort of Rockpile Rock Out. Whiskey Song is a country ballad and Something Good has Chorba in Hank Williams mode.

Pack Up Your Shadows is a great great album. The Successful Failures may be accused of confusing listeners with their different song directions, but that would be pointless, why would you not want to hear such varied talent? One of the joys of listening to their albums is that variety. Highly Recommended!


You can listen to and buy the album here. The CD is on Ray's excellent Kool Kat label and what a year he is having with some top notch releases and more to come.