The Successful Failures - Ichor Of Nettle 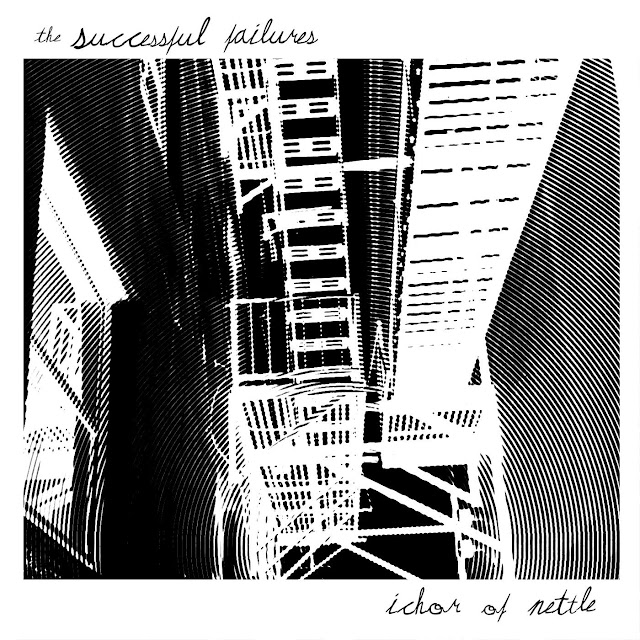 After a quiet couple of months, this year is really hotting up. New Jersey's The Successful Failures release album number six and it's an absolute stormer. The FDR label provided one of my two albums of the year last year with Somerdale, here is this year's contender.

In any review I'll try and describe what to expect, but the favourites are those that are so varied that they are hard to pin down. Ichor Of Nettle is just that. The band is probably at it's best when it's noisy and it does that incredibly well. But they can be quiet and all in between. There's Americana, Replacements like noise, Power Pop, New Wave, 70's Pop Rock and even Pop Punk.

Mick Chorba's writing covers themes as diverse as tragedy and redemption and all are wrapped up in hooks and choruses. There's a lot of literary references. Low Resting Heartbeat could be on a 1975 UK Pop Rock album with it's magnetic hook, yet No Good Way could be The Plimsouls with a twang.


When Did Everybody Grow Up is classic UK late 70's New Wave, it has all the chops, Tennessee Boy is acoustic Americana, all yee haw with mandolin. The Devil Took A Liking To Me could be Jackson Browne, Sam Houston has a real Faces / Stones riff.

I like the album most when it is noisy and wow does it get noisy. The title track and Into The Battle rock like classic Replacements. There's also a big hurrah for the Power Pop. Misguiding Light and All Wrapped Up could appear on any great Power Pop album of the last four decades on not be out of place.

Ishor Of Nettle is so varied that it could be a compilation, let's call it Now That's What I Call Great Songs Volume 1. What a splendid album this is, you can and should buy it here.

Posted by Anything Should Happen at 22:17