Groovy Uncle - A Clip Round The Ear 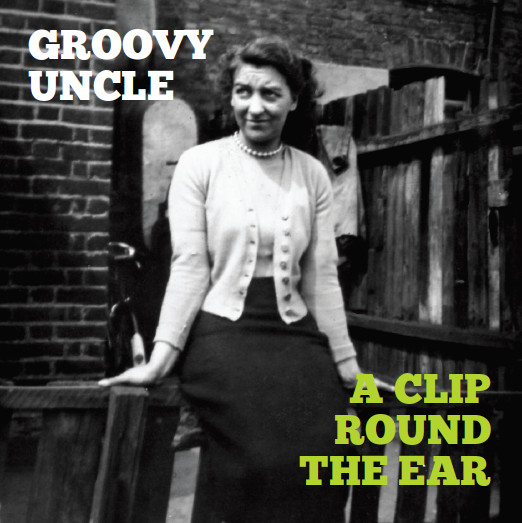 The Medway collective led by Chatham's Glenn Prangnell return for Album Number Six and it's their best yet. This is Psych Pop at it's very best, more on the Pop side, say more the first incarnation of The Move than Pink Floyd. Having said that, Oil And Colour Man would fit comfortably on Relics.

Cardiff's Suzi Chunk is again present and this allows the album to be divided into two. When Suzi moves to the Mic Stand, it's more for Burt Bacharach type kitchen sink dramas and these work equally as well as the great Pop that surrounds it. An exception to this is Got Up And Gone which could be Jacqui Abbott in it's delivery and pace. It also has a great Pearl And Dean type ending.

The duet on Things I've Been Meaning To Say is wonderful, part Peter Paul And Mary, almost The Seekers. Above My Station is a charming little ditty with it's early Lennon like vocal. It's the Psych Pop that appeals most to me, but that's probably because it's been such a while since I've heard it done so well.

Mrs Saywell Says and Our Gary's No Fool are splendid affairs that you can imagine being in a technicolor film starring Michael Bates. The aforementioned Oil And Colour Man is a revelation of song.

The whole album takes you back to a more innocent age. Little Essays about a world before everyone knew everything. Not only is it charming, but it's also beautifully arranged. The vocals from Prangnell and Chunk are spot on. Both deserve a wider audience.


You can buy the album on vinyl from the band's website here. Ray at the excellent Kool-Kat has the release on CD here. A Clip Round The Ear is also available for download at the likes of Amazon here. The album and the band's back catalogue is also available on iTunes.


Posted by Anything Should Happen at 15:44