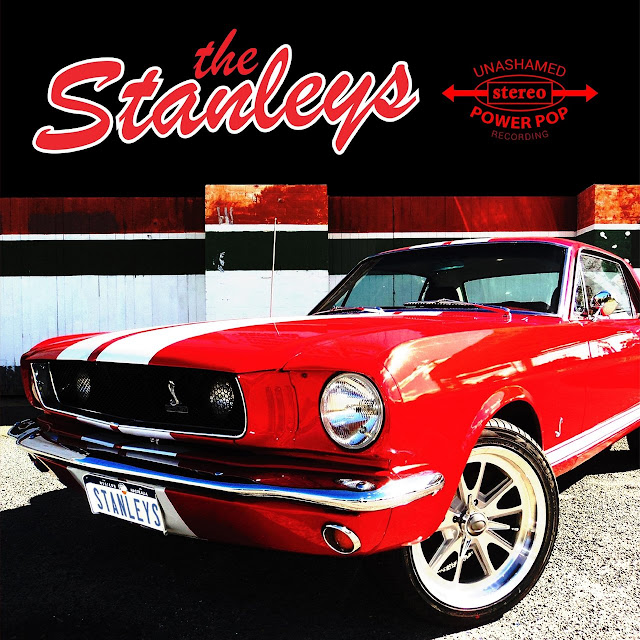 Power Pop is a broad church these days and away from the pointless arguments of what is and isn't, but this self titled debut is as good an example of what is as any around. I get a similar thrill listening to it as I did when I first heard the Somerdale album last year.

It's also nice personally to be back on familiar territory and first and foremost, Power Pop is what I do and I have in my hands, a possible album of the year for the genre. I know it isn't, but it seems ages since I've heard something so akin to the reason that I got into Power Pop.


Every one of these 11 songs get you singing along to the chorus, each hooks you and starts the feet tapping. I'd heard for a few months that this release was gonna be something special, a true Power Pop album. Well  it is!

This isn't Merseybeat, think New Wave 1978 - 1983 and the glory days of Not Lame. Not only that but there are plenty of Glam Rock influences. particularly on songs like Cigarette Glow. I'm constantly reminded of The Plimsouls And The Romantics, although What Are We Gonna Do? could have been written by Kimberley Rew.


At other times, I'm reminded of the likes of Michael Carpenter with the chimes and hooks on My World. Always is very Nick Piunti. Hefner is a glammed up version of The Knack. Everybody Dance is pure Chinn And Chapman Smokie.

The album doesn't let up for the first eight of the 11 songs. Then the Somerdale comparison kicks in with This Time Goodbye. Summer is Brit Pop Dodgy and the closing Kid's Gonna Rock is a real teen anthem. All this ignores Amy, the opening song and probably the best single that I've heard this year.

I try and make the I Don't Hear A Single Radio Show as varied as possible and so to devote over half of last week's show to the whole album is a testament to how good it is. The Stanleys may very well have grabbed the Power Pop Trophy back for Australia.


Posted by Anything Should Happen at 21:08

Email ThisBlogThis!Share to TwitterShare to FacebookShare to Pinterest
Labels: The Stanleys