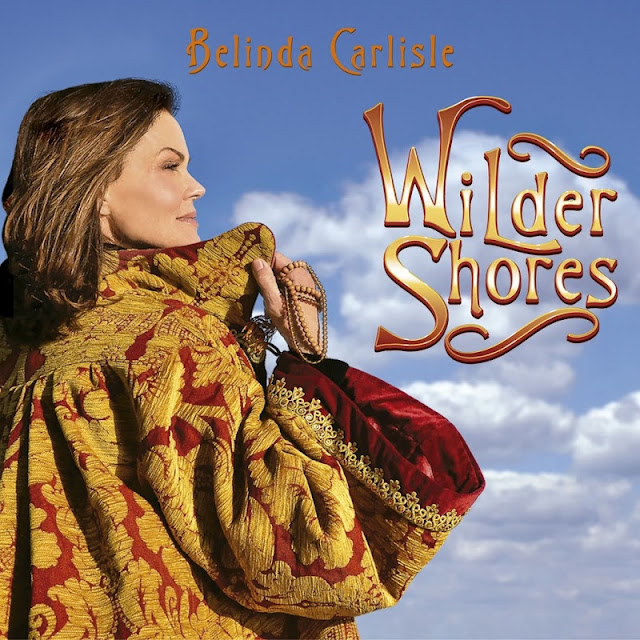 As someone who is surrounded by the new and under appreciated music wise, it may be strange to see Belinda Carlisle reviewed here. It's true that my main concentration and listening these days are on the type of artists that you read about on here. However I am a massive collector and still listen to what's gone before.

I am a massive fan of The Go-Go's and that continued, if a little less so, with her solo career. In that solo career, there is an excess of AOR, but all the hooks are there and there cannot be many better pop songs around than California.

I also admire that she takes chances. her last album was 10 years ago. Voila was a collection of French Chansons that could have been disastrous but was so faithfully done that it worked surprisingly well.

Fast Forward a decade and we now have an album based on Kundalini Yoga Chants. Of the eight new songs, only two are in English and what should build itself up for a pretentious fall, succeeds admirably. It succeeds because despite the subject, this is still a pop album.

The orchestration and arrangements are spot on and what could appear to be a self grandising project is actually a breath of fresh air. What's more her voice is in wonderful form, she sings as well as she has done in a long time.

I'm not sure of the need to add a new version of Heaven Is A Place On Earth. It is slowed down and orchestrated and explained as having the same lyrical sympathies as Kundalini Chants. However, it seems to be an unnecessary addition and maybe the album could stand alone as the eight songs that precede it.

You can buy the album everywhere.


Posted by Anything Should Happen at 20:30