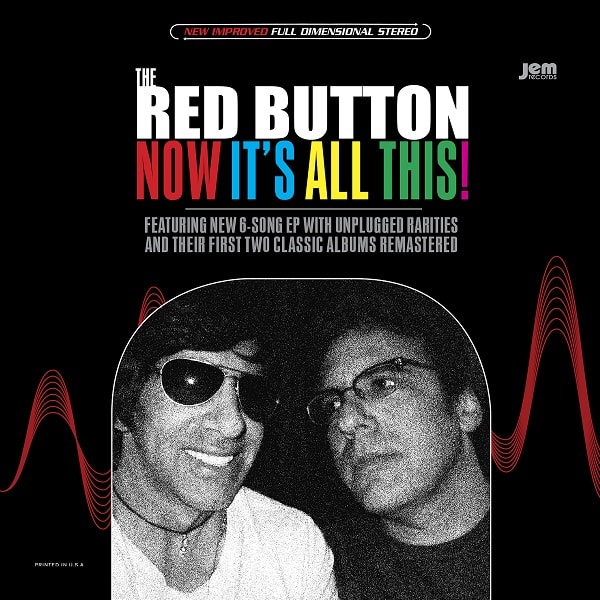 Seth Swirsky's last solo album, Circles And Squares was reviewed here. It remains one of the Top 10 visited posts here and that is a testament to how good the album is. During that review, his Red Button adventures weren't mentioned and I'm delighted to say that can now be remedied with this release.

The Red Button consists of Seth and Mike Ruekberg. 2007's debut album, She's About To Cross My Mind was refreshing departure from the Big Rock that was around at the time. It's a Power Pop Gem, all jangling and chiming.

Can't Stop Thinking About You is a popped up Tom Petty jangle, Gonna Make You Mine is a Farfisa joy that you'd expect to hear as the opening theme in one of those mid to late 60's UK films for "the kids". There's so much great Pop here, particularly for Revolver fans. Loads of hooks.


The band followed up the debut album, with 2011's As Far As Yesterday Goes. Equally excellent, it wasn't just a sophomore release. It keeps hold of what made the first album great, but spreads it's wings a little more. Easier would grace any great Mid 70's Pop Rock of your choice.

Album Number 2 is if anything a slower more reflective affair that works beautifully. On A Summer Day could be 10cc. I Can't Forget is Classic Merseybeat. Running Away could be The Strawbs or Lindisfarne.

Marty Scott's revival of Jem Records continues apace and just reissuing these two fine albums would be more than enough. However there's more. a second disc contains six new songs and four Unplugged versions of songs from As Far As Yesterday Goes.

The six new songs leave you hopeful of a third album from the duo. With the exception of Solitude Saturday, these songs are even more Lennon McCartney like and the former could be Al Stewart. I really can't recommend this double disc affair any higher than just to tell you to get your wallet out tout de suite.

You can buy the album from today everywhere.