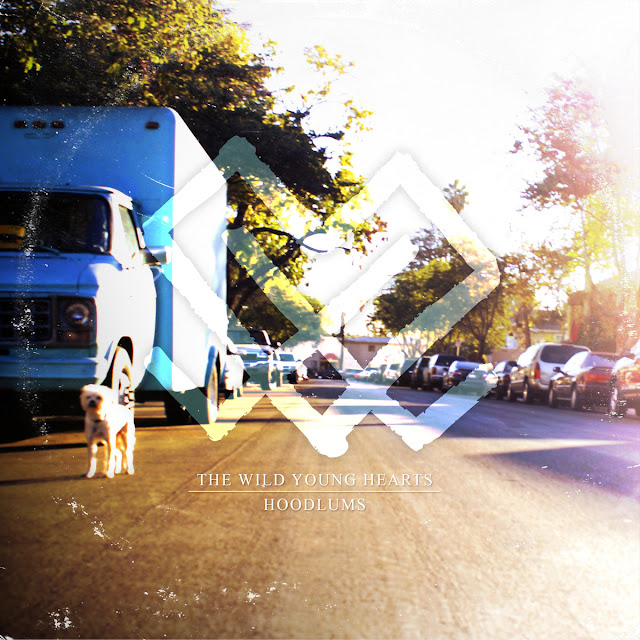 It's been a while getting round to reviewing this, but I've been listening to it for around six months or more and it still sounds great. Los Angeles's The Wild Young Hearts offer up their third album and it's an absolute cracker.

The band have previously been lumped in with the Pop Punk brigade and I won't go on to repeat my thoughts on the genre and no matter how great that scene is, the label puts people off. Over the past couple of years, I've thought of bands that my break away from that label and get a much wider audience. The Wild Young Hearts were definitely amongst that group.

Well with Hoodlums, The Wild Young Hearts have smashed into the mainstream. Now down to a trio, they could have easily just morphed into Power Pop, but Robb Laffoon is much smarter than that. He knows his music history and seems as at home with The Beatles and The Beach Boys as Blink 182 or Green Day.

The album proves this. True there is still the odd hint of Pop Punk on the likes of Already Dead, but there is much much more than that. San Diego Calling could be late 70's Early 80's New Wave, Wasted Holiday could be Weezer, She's High is classic Glam Rock.


Overall though there's a real maturity and wit to the writing. The songs are not about da kidz now, The Wild Young Hearts are more in the territory of the Brit Pop Bands who made the bigger stage. My Older Friend is in Gallagher territory, Sad Songs ditto.

Hoodlums is a real joy of an album. Beautifully written, beautifully played. I'm not sure that you'll hear a better album this year and if you do it's gonna be some offering. Six months on and this still sounds just as good, if not better.

Posted by Anything Should Happen at 17:36

Email ThisBlogThis!Share to TwitterShare to FacebookShare to Pinterest
Labels: The Wild Young Hearts