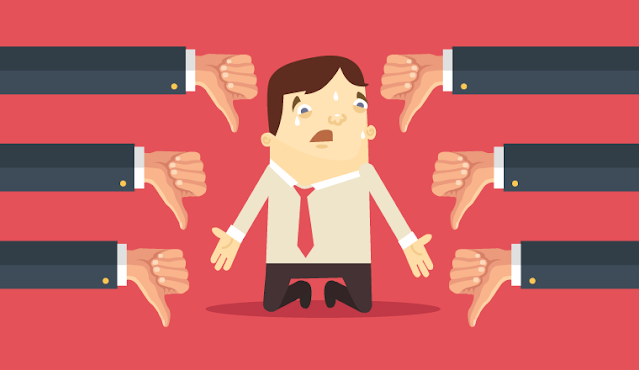 I've had more time on my hands this week and so it has been great to catch up with fellow writers, DJ's, friends etc and one constant topic came up. It was about a Negative Album Review that I wrote on here. Two points came up. The first was asking if IDHAS had changed its policy of only writing positive reviews and ignoring the albums that don't float my boat. The second was telling me that they had heard that I Don't Hear A Single had got a massive amount of complaints about it.

I'll answer the second question first. IDHAS did not receive one complaint about the review. It also had over 4,000 views making it the most popular monthly post for a while. I know bad news travelling fast may have helped readership, but my point is not one of those readers reacted via a complaint or any disagreement.

One of the IDHAS Team didn't disagree with the opinion in the review, concurring that the album was a real turkey, but thought that I had gone way too far. Another opinion on Facebook said the same. Both could be right. I would also state that the Record Label didn't mention the review in any way. They ignored it and moved on which was exactly the right reaction. Everyone assumes that a big postbag followed. I can assure all that it didn't.

On the other point, I Don't Hear A Single hasn't changed its policy. It will as always only carry positive reviews from albums that I truly think other people will get a similar kick from. If I don't like it, I won't be telling others, I will just ignore it. That is a lesson learned. For approaching five years, IDHAS has kept to that policy and confusing people with the negative one wasn't the right thing to do. If I feel so strongly about an album in future, I will hold my tongue or publish it elsewhere.

Just a small explanation of why I decided to write the review is in order. As the album was sent to reviewers, the general opinion amongst the many fellow writers that I talked to was that the album was laughable. There were running jokes about how bad it was. Yet there was not one comment on Blogs or Social Media, quite the opposite. There were positive comments from people that I knew were slating it which really irritated me.

Then a couple of people kept chipping away at me saying that I should put a positive spin on the album, that somehow Power Pop needed me to support it. That seemed overboard. Power Pop doesn't need my opinion on anything, it can handle itself fine. I am not the voice of the masses, quite the reverse, it places too high an opinion on me and is unwarranted and undeserved. Secondly I don't really consider myself a Power Pop writer. I was at the beginning, but I Don't Hear A Single grew and evolved into something far more Indie. It majors on Pop Rock, but isn't afraid to cover Psych or Prog. That Indie direction is one that happened, it was never planned.

I stand by the review 100%. It is an honest opinion on what I think about the album. A few others disagree and think the album is great, that's absolutely fine. I'm glad they like it. I think people don't realise that IDHAS gets about 200 submissions a day. It also prides itself on covering the uncovered, opening doors for artists and then moving on. It covers artists that aren't in the PR mass email circle. A lot of listening is involved in this. It has always been an honest Blog and I think the lack of coverage I give to Big Stir and Kool Kat albums endorses the integrity.

The mistake that I did make was publishing the article on I Don't Hear A Single which made the review look personal and may have made other artists afraid that they might get the same treatment. I'm not going to take the review down as that would be hypocritical, but I can assure you that future reviews will follow simple rules. If I really love the album, I will tell everyone about it. If I don't, I will just ignore it.

Posted by Anything Should Happen at 13:03