It's Not Just About Mop Tops And Hipsters 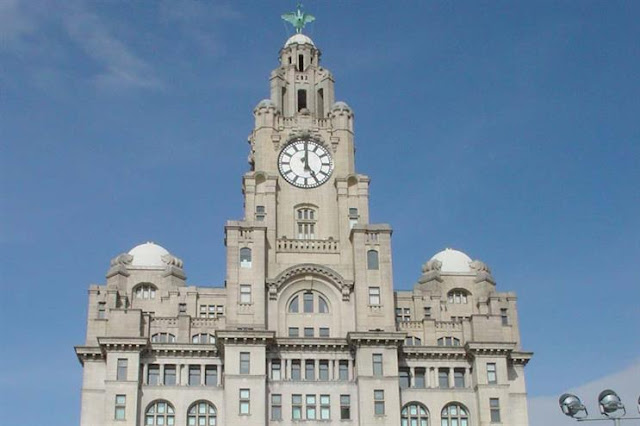 The Liverpool Live Scene is incredibly frustrating at the moment. There were some interesting points made over the weekend by my good friend, Anthony Loman, about how Manchester has a far more diverse Live offering than Liverpool. It's not about the number of venues, because there's not a lot in it, it's about who is appearing at the venues. Before people have a go at Anthony, he lives in Liverpool. Likewise, people may accuse me of pining for the old days, but remember I primarily write about the new, so why would I naturally want to become nostalgic.

There are these rose tinted glasses wearers who will stand for no criticism of the city and don't get me wrong, it has improved. I remember days of being frightened of walking under the Lime Street Subway and not straying off the beaten path. Like many cities, we have some fine venues here that are under utilised, the days of The Royal Court and Liverpool Empire filling up for gigs are gone and you sense that bands only play the Liverpool Arena because they can't sell out the Manchester version.

Liverpool has become a weekend tourist city, it's the tacky hen party reputation that excels and musically it is caught between two stools. There is Mathew Street and its Beatles Tourism. Endless Merseybeat and its I Love You, Yes I Do repeated nonsense and getting pissed during the extended happy hour drinks prices. Both of these enhance Liverpool's reputation as the British Benidorm. Bands that want to play The Cavern when it isn't the actual Cavern. Then there is the scene away from the Fab Four. A world of hipsters.

These hipsters would have you believe that music began with Brit Pop and will rant if Oasis are beaten in a poll by The Beatles. They worship at the throne of Steve Lamacq, as though he was ever responsible for anything breakthrough. Instead of realising that Brit Pop ended with the atrocious Be Here Now album, an album that became last years copy of FIFA within a year, they celebrate it as a masterpiece and Liam Gallagher as the only living legend. Anyone who criticises this view is an old fart.

These are the people who are driving the current Live Scene which is mediocre to say the least. The venues are not well attended because frankly the offering is poor. True, I may be at an age where I've seen a lot and so can compare bands to previous decades, but I've never done that. I'm not anti Brit Pop, quite the opposite, but I am anti Oasis, because they just don't deserve the adulation. I left school as the second Liverpool Wave was taking hold and it was a joyous time, frightening but exhilarating. I don't wish I was born earlier or later.

I'm a Beatles fan, but not in a blinkered way, I remember watching the All You Need Is Love Telecast because of the excitement around, but as a four year old, details are sketchy. But I discovered The Beatles fully by going backwards, encouraged by my Dad. That second Merseybeat Liverpool era encouraged that, it wasn't trying to smash the system, it encouraged you to discover the old as well as celebrating the new. You made so many lifelong friends, new people all the time, it wasn't, as it is now, about being in a gang and liking the same thing, it was about enjoying music.

What amazes me now is that we don't celebrate that 77 - 93 scene, it's almost forgotten. I'm sure that a line up of three of the bands would sell out the Liverpool Venues. It seems a forgotten era and it was a fantastic melodic time. It was a dire time in the city, but these bands gave people hope and something to believe in. It wasn't about taking photos at the gig, what food you had before was irrelevant and everything wasn't Boss.

These bands wouldn't be seen dead at a Rewind Festival, but they are still around or easy to reform and they wipe the floor with the current scene. They didn't mingle with the fans, they didn't need to, it wasn't about celebrity, it was about Music. I underline that I don't yearn for those times again, I just despair at what the Liverpool has become, music wise. It's time to look at the reasons why people don't attend gigs, not just blame them for a lack of taste. There are a lot of things fighting for people's money, the music offering has to be enticing, it isn't at the moment.


Posted by Anything Should Happen at 14:14

Email ThisBlogThis!Share to TwitterShare to FacebookShare to Pinterest
Labels: Liverpool