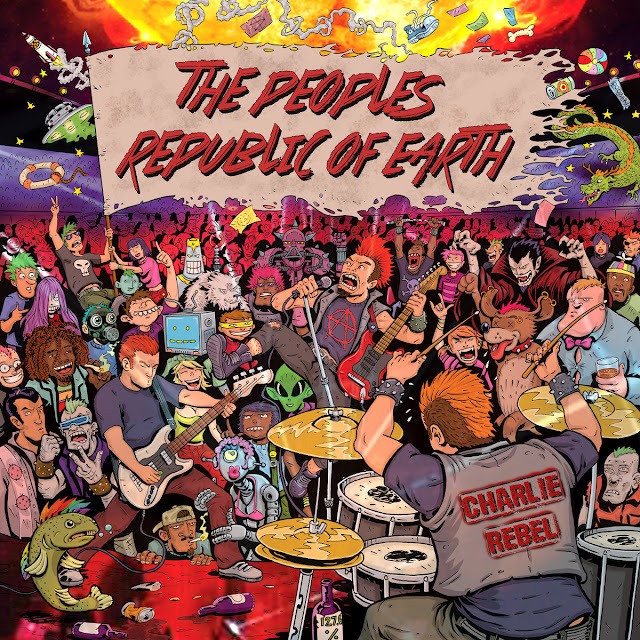 Having avoided the Power Pop forums for quite a while because of the endless Is It Power Pop rubbish from people who don't own an album that was released in the last two decades, this is Power Pop. I see this splendid debut album described as Punk by many. Well if so, it's not as we know it.

It's lovely to hear such an upbeat album from and Australian band, it's a country that seems to have gone quiet recently, particularly Guitar bands. Charlie Rebel offer up a real chirpiness couched in the lyrics of political discontentment.


There is plenty here to enjoy. There are hints of Pop Punk, even ska on Do You Know, but the feel is very melodic pop with hints of the UK New Wave. Deja Vu has a Funk vibe and Uncommon Law is tribal, but all in all, this is great Guitar Pop, delivered at pace.

The likes of Chutzo Creature and Sleepless Minds are built on big riffs and singalong choruses. Hooligans is a ringer for early Cheap Trick. The People's Republic Of Earth is great Power Pop and yes, it's OK to call it that. This Queensland Trio have done well.