The Galileo 7 - There Is Only Now 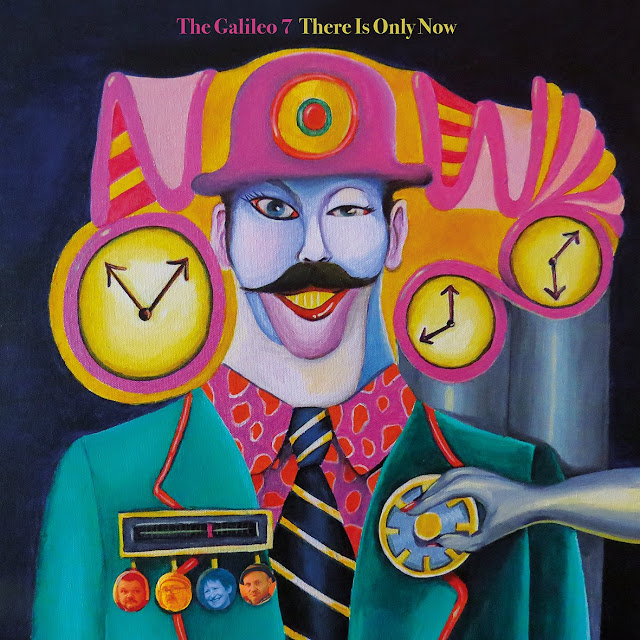 We've been talking about genres as labels a lot recently, largely in places other than here, one in particular getting a lot of stick. Well, The Galileo 7 are often classed as Psych Beat and I can think of no better description, because the quartet are exactly that.

The Galileo 7 aren't trippy and backward guitar enough for Psych Pop, but UK Beat Pop wouldn't do justice to the work that goes into the songs. Imagine a Carnaby Street Club, Men with bad hair and Paisley Suits and mini skirted girls grooving on elevated platforms. It's a sound that is forever Medway and The Galileo 7 do it perfectly.


Allan Crockford has spent the past three decades in a lot of admirable bands. The past ten years have seen The Galileo 7 go from strength to strength and There Is Only Now is as strong as you would expect six albums in to be,

The band are far more than a vehicle for Crockford's songwriting, all four members handle Vocals and as a collective, I don't hear many bands that plays as tightly together. Live, they are a revelation. There seems a real Doors Of Perception feel amongst the songs. There is even a direct song reference on The Last Hours Of Aldous Huxley.

The Last Hours... is a wonderful acoustic bongo driven trip. Although there are no real surprises here, there's a feeling that you wouldn't want there to be as The Galileo 7 are masters of their genre, a song like Everything Is Everything Else sums up beautifully what they do.

What I found most affecting here are the two songs that Keyboardist, Viv Bonsels handles Vocals on.  Too Late and I Dream Of Sleep take the band in a much poppier direction, almost Kirsty MacColl. A special mention too for Drummer, Mole Lambert, I don't know how the man finds time to sleep.


You can buy the album here and everywhere. You can find out more about The Galileo 7 here.

Email ThisBlogThis!Share to TwitterShare to FacebookShare to Pinterest
Labels: The Galileo 7