The Supernaturals - Bird Of Luck (Song By Song) 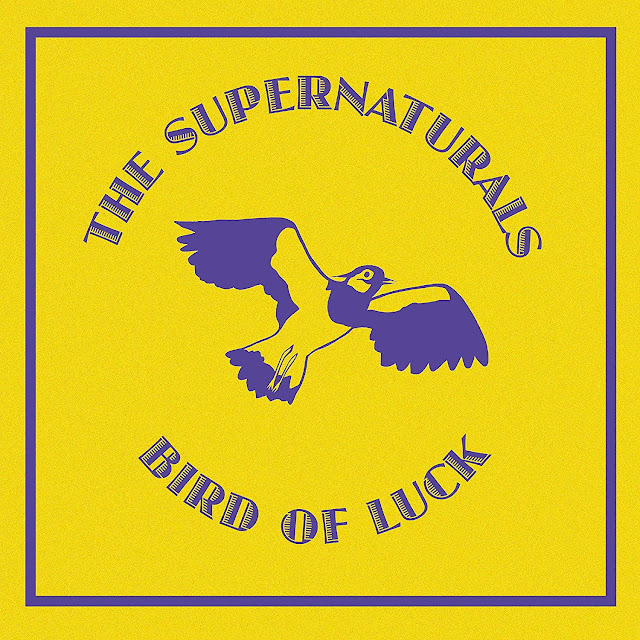 We've been talking a lot on here about the new Supernaturals album. The only reason is that we are massive Fanboys and have been for more years than we'd care to remember. Following on from Mick's interview with James McColl (Which you can read here), James also gave us a Song by Song Breakdown of Bird Of Luck.

The CD is available to buy in the UK now at Amazon here and has a worldwide Digital Release on 1 August. There are plans to make the CD available in the States and I'll add any further details when the Bird Of Luck Review appears on IDHAS during the last week of July.

"This was a try at taking an old ska song and then straightening it out a bit. I play the saxophone on it and I like the part. Sometimes with sax and trombone, it’s just a couple of notes and it really lifts the song…the less fancy the more powerful. Tried to sing it in an old rock and roll voice like Gene Vincent with the echo. It’s just got lots of energy and is a really up song about my wife."

"This is just a simple jangly guitar song, which I wrote quickly. It’s got those drums like “Ticket To
Ride”. It’s about that person who’s just always complaining. You know the kind."

"We did this Radio Scotland show with Donovan a few years ago. Me and a friend Paul thought we needed to go and see him and chat to him, he’s a legend. So we knocked on his dressing room door and he was so friendly, telling us about his guitar design being based on the Book of Kells and just shooting the breeze and chatting for half an hour.

I was asking him about “Catch the Wind” and he said, “You mean the new version?” And I was like “what you recorded this year?” and he said “No in 1969!” He does speak in a kind of poetic voice like he sings, that’s a sort of mixture of Scottish, Welsh and Irish. I tried to sing this song in that voice. I got to play the bass on this one. It’s one of my favourites. It’s about my now wife putting little notes through my door when she was trying to charm me back in the day."


At This Time Of Year

Gav the drummer had a child, Kieran, who died in July. My Mum and Mark’s Mum both passed away in July and August. So this song is about July and that long mist of depression you get which just permeates your life when someone you love dies. Obviously Madness and Dexys are the big musical influences here."

"This is about two lovers having a midnight tryst on a football pitch in Brazil to try and lift the voodoo that’s settled over their football team. They bury things like frogs under the centre circle and the goal mouth in Brazil. That’s why it mentions Flamenco and Vasco De Gama. Kev who engineered the album thought it was about Scotland. I think to lift that voodoo you’d need about 50,000 people shagging on Hampden at midnight and then it still wouldn’t lift."

"The chords just came out of the blue one day when I was sitting at the piano playing some rudimentary grade 2 sheet music. Just a nice downer song about existential angst and longing."

"A straight down the middle power-pop song. There’s a Magpie in my garden and it’s always trying to monopolise the bread that I put out for the crows. It seems to intimidate birds twice it’s size. That’s the girl in the song."

"Back in 1994 when we were running around the Highlands, we all went back to this girl’s flat and took mushrooms. She was a hippy with all the stuff in the song, badly painted pictures of half man-unicorns, lava lamps with red scarves on them, healing crystals.

There’s lots of standing stones near where she lived and she suggested we should go out and “feel the power of the stones”. It was an electronic dance song on the demo, but the band played it like Creedence and we just went with that." 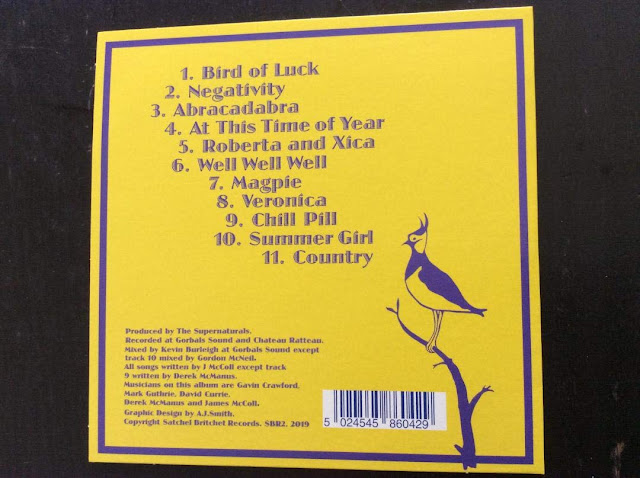 "Derek wrote this one. He just stood up in the studio as it was getting mixed and started quoting all this poetry about “pieces of eight” “upturned boats on the shore” and “man in a Zoot suit”. It really enhanced the song."

"Mark’s bass playing is really good on this one. I really like its slow dreamy pace, like something on the White Album."

"This song is basically about the natural beauty of Scotland. That, mixed in with stuff about my wife who is Mauritian/Scottish and her sense of belonging to Scotland and some of the things she said to me about belonging and not belonging. I don’t know if I got what I wanted to say over properly. I spend a lot of time mountain biking, fishing and windsurfing around the country and it’s an astonishingly beautiful place despite the midges and the weather.

I kind of like the fact that the weather keeps tourists out and people like me can have it to ourselves. It was hard trying to say something sincere and not go all Runrig on its arse with bagpipes and that. We tried to go like “Tupelo Honey” on it. Having said that if someone from the Scottish Tourist Board wanted to use it in an advert, we’d take the money and run!"


Posted by Anything Should Happen at 19:55

Email ThisBlogThis!Share to TwitterShare to FacebookShare to Pinterest
Labels: The Supernaturals