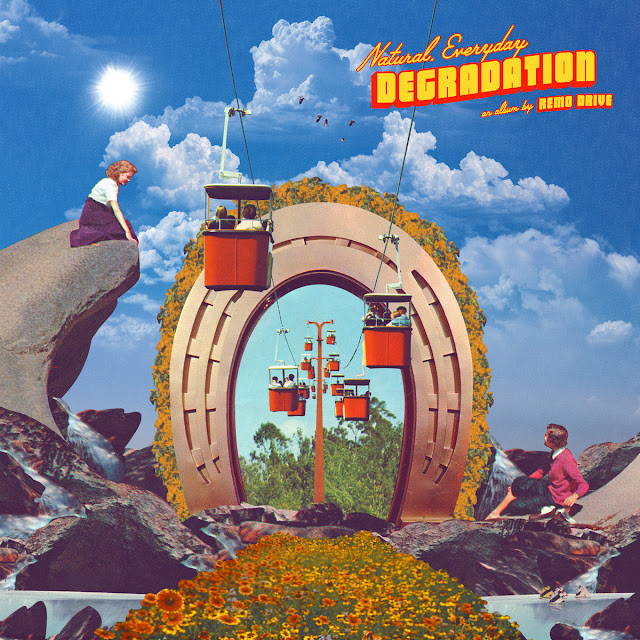 Natural, Everyday Degradation is one of the best Pop Rock albums that I've heard so far this year. Noisier than the genre usually denotes, but to call Remo Drive Indie would lump them in with a mish mash of frankly inferior bands.

I mention this because the album has had a few negative reviews which seems to be par for the course when anyone supposedly betrays the Pop Punk Sound. I've said before that the best of that ilk have a melodic undertone that can and maybe should, be adopted to fulfil their potential.

I'm not sure that any of this criticism will bother the Paulson brothers, surely not when they called their debut album, Greatest Hits. The second album has really smoothed out the edges, whilst keeping the excitement and unexpected chord changes in tact. They are playing to a potentially much bigger audience and probably to one that's far more appreciative of what they are trying to do.

Even on a song as aching as Seperate Beds adds a Guitar breakout and ends as New Wave Synth overdrive. Around The Sun is wonderfully anthemic and The Truth is very UK 80's Indie. Two Bux is a killer single and The Grind is built for an Arena Rock stadium.

There are hints of bands as diverse as The Killers and The Undertones. Remo Drive could even be described as They Might Be Giants with a load of Guitars. Erik Paulson's vocals are a mixture of the commanding and the fragile. This is an excellent offering. Don't let anybody tell you different.