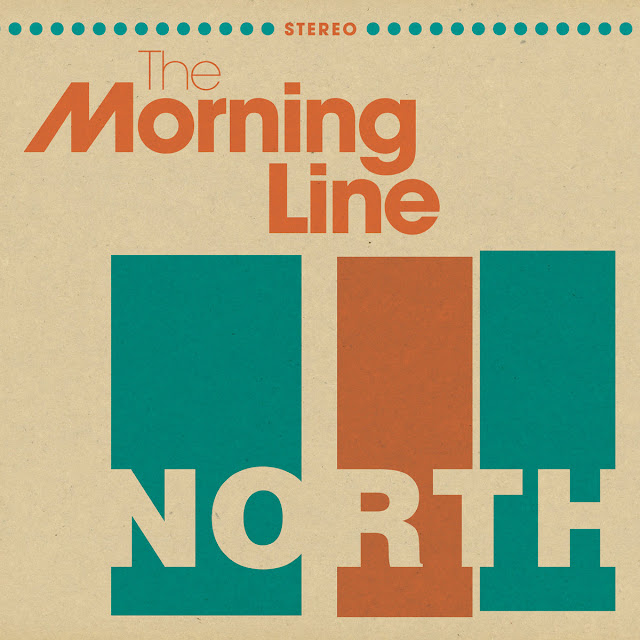 I've had The Morning Line's album for six months or so now and the fact that I'm still playing it is testament to how much I'm enjoying it. It's been really remiss of me not to tell you about it before now, so here is me remedying that.

North doesn't shout out loud, it grabs you bit by bit, gently rather than full on. Songs build to bigger choruses, very much in the Matthew Sweet song craft style. Riffs are plentiful and hooks are many, but none are intended to have you racing for the air guitar.


That's no criticism of the album, quite the reverse, because this offering is built to creep up on you, it's all seemingly a plan to get these ear worms gradually into your head. There is a hint of Elvis Costello in the vocals at times, certainly on Sickness.

When The Morning Line get slower, the songs don't darken the mood, they still almost want to be your friend. Trigger The Tripwire is the exception with it's brooding excellence. Nostradamus is a real rock out and perhaps there should be just a tad more of this letting ago across the 12 songs. Yet the closer, Down The Aisle, has a great country whine.


The stand out song here is Anhedonia and that's were my only minor criticism comes. This really should have opened the album. Antennas, which does that job, is a fine song, but would have been more apt third in, it's a bit too slow building to be an album opener.

2019 has been a strange year thus far. It started great and now seems to have gone into it's shell. The Power Pop releases seems to be phoned in and the Psych Pop seems to be hiding. Current and upcoming releases can change that. I'm thinking Custard Flux and The Brothers Steve. I only mention this because it makes you appreciate an album like North more. It knows what it wants to accomplish and does it extremely well.


You can listen to and buy the album here. The CD Version is available from the outstanding Kool Kat here. Where would we be without Ray. Probably moaning about our Internet speed, because he seems to be keeping the Physical Format alive single handedly.

Email ThisBlogThis!Share to TwitterShare to FacebookShare to Pinterest
Labels: The Morning Line