The Brothers Steve - #1 (Including Video Premiere) 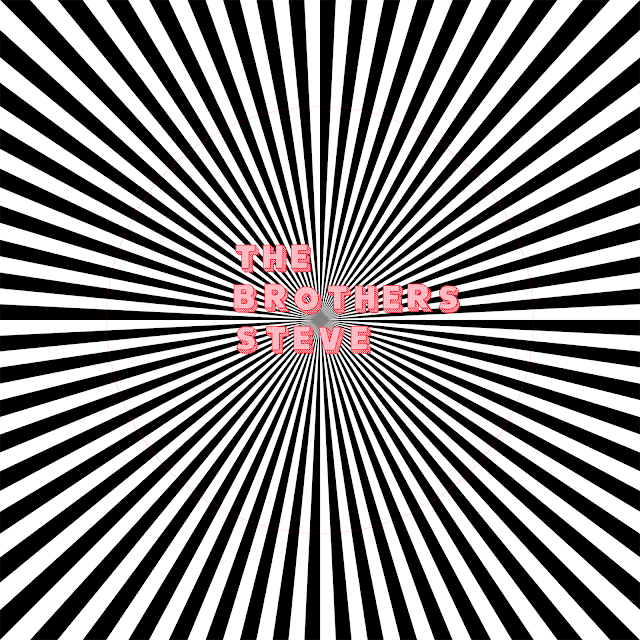 Here's a first for IDHAS, an exclusive premiere of The Brother Steve's new video. Before all of that though, I'd like to tell you a bit about the upcoming album, released on 27 July. I can tell you that it's the best thing that I've heard this year.

I have to say that this year has been a real bore, Power Pop wise, so much so that I've stepped away slightly. I've grown tired of Beatles Suits, Rickenbackers and I Love You Do, Yes I Do lyrics. I just felt that the genre needed a shot in the arm or it would be forever conversations about Big Star, Badfinger and Raspberries.

#1 is the shot in the arm that Guitar Pop needed so badly. People, familiar to me, will know how I drone on endlessly about how Tsar's self titled debut album deserves to be in the 10 Best Power Pop albums of all time, well The Brother's Steve features three of those Tsar fellows and this album is every bit as good.

Without further ado. here is the Premiere of the band's second video, Angeline, this will appear worldwide on Monday, but you have the opportunity to get ahead of the game.


Tsar stalwarts Jeff Whalen, Jeff Solomon and Steve Coulter are joined by Os Tyler and Dylan Champion in the Los Angeles five piece. In stating that the album is as good as that Tsar debut, it must be said that it's not the same.

There is a much different tempo here. the band are in much less of a hurry to get to the licks. #1 has far more in common with The Monkees and great late 60's Pop. The album is built on the wonderful vocal harmonies and singalong choruses.

We Got The Hits feels like something from a Hanna Barbara cartoon, those pesky kids etc and throughout there is more than a hint of Bubblegum Pop. That sound with doses of UK Glam Rock offers up a real poptastic experience. 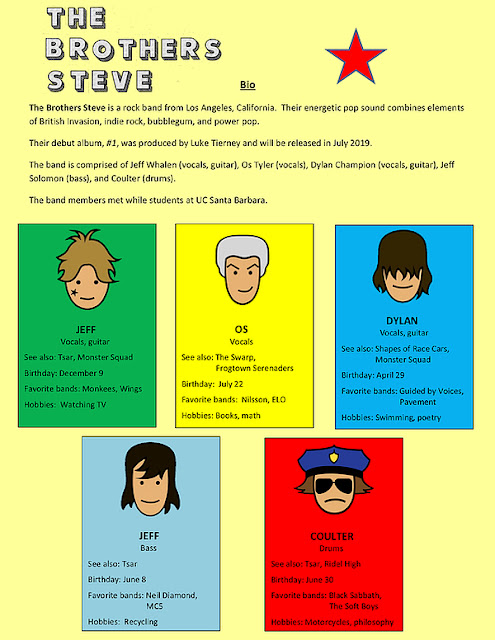 Having three vocalists in the band certainly helps with the variety and of course those top notch harmonies. The lead double A Side released on the Big Stir label demonstrates that versatility. The "all join in" Angeline is backed by the far more sedate strum of Carolanne. You can buy that digital single here.

Carry Me's Jangle is like a popped up Teenage Fanclub, whilst C'mon Pappy has far more of a Southern Rock feel. My personal favourite is Beat Generation Poet Turned Assassin which has a fine call and response chorus and is a real toe tapper.

Good Deal Of Love is real SoCal twang and Sunlight ends the album with something far slower than what has gone before, again playing to the strength of those harmonies, getting you ready to start the album all over again.


There is excitement enough at the return of Jeff Whalen and the guys, so much so that the band would be forgiven if they phoned something in. This album is far far better than you could expect. It's Sunshine Pop of the very highest order.


You can find out more about The Brothers Steve and pre-order the album here. There will be more on the band with an IDHAS interview coinciding with the album release.