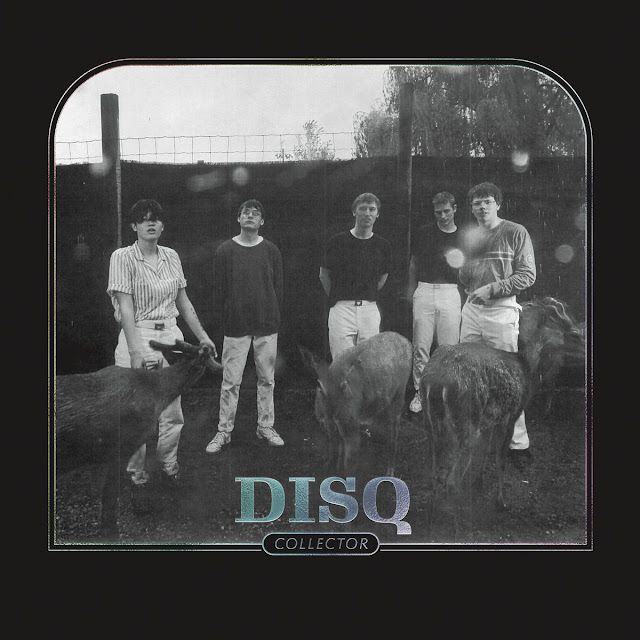 Sometimes I feel trapped in my world in between the choruses of Guitar Pop Rock and the more free form Psych. As I Don't Hear A Single has returned to reviewing, I obviously still cover what I always did, but I've also tried to hunt out things that are not so set in either genre. I've certainly done that with this magnificent affair.

Disq, a Wisconsin five piece are wonderfully noisy, but manage to craft a mixture of the catchy with the wonderfully inventive. Unexpected arrangements combine with some splendid songwriting in a way that makes them hard to define and that is the joy of the band.


It is also reassuring that there are some young bands that have Disq's ability. Great Guitar albums have been hard to find from the 20 Somethings who seem to want to be My Bloody Valentine or Nada Surf. There is still hope.

The beauty of this lot is that they have found a niche between Power Pop and Psych Pop that resides in what would once be termed College Indie. They are at their best when the pace is hectic, but the likes of the slower strum of Loneliness work well too and that song can't help breaking out a little.


Fun Song 4 is another interesting departure and Trash is an interesting acoustic departure which feels almost XTC. This even more prevalent on the ace chaos of Drum In which is very Drums And Wires. The more shambolic, the better they get.

I also defy anyone to write as good a song as Daily Routine this year. It manages to take about four different directions in just over four minutes with hints of early Weezer, before all the manufactured playlist rubbish prevailed. Collector is an outstanding album.

Email ThisBlogThis!Share to TwitterShare to FacebookShare to Pinterest
Labels: Disq