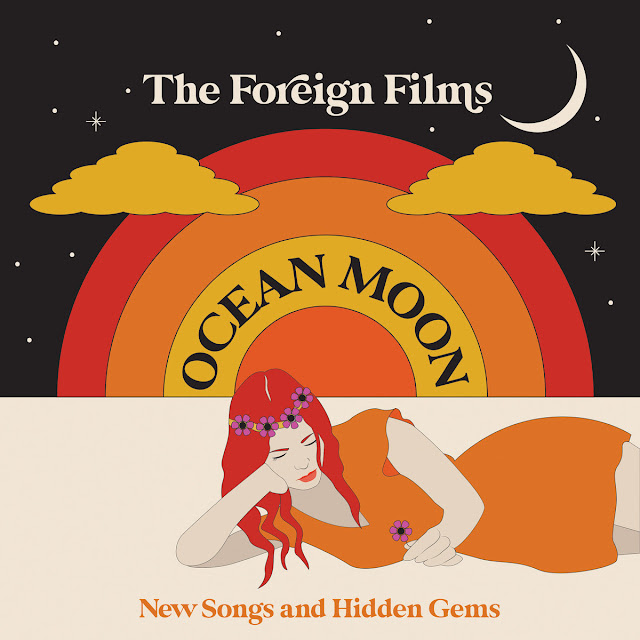 The Record Collector was one of my Top 10 albums of 2018, a work of great thought and beauty. You can read the review here.  That masterpiece was well trailed, so it is surprising and somewhat delightful to see the low key release of Ocean Moon and it is at NAME YOUR PRICE on Bandcamp.

Gathering up new songs and hidden gems, it features guests such as fellow Cannuck, Steve Eggers of The Nines and three Orchestral Arrangements by the wonderful and much missed, Wim Oudijk. Ocean Moon is a splendid nine song affair.


There's a much greater concentration on the Pop here than on previous offerings. The feel is somewhere between 60s US Pop and UK 70s Pop Rock. The latter most relevant on the Goodbye Yellow Brick Road glimpses of Under Your Spell.

A Letter To Our Future Selves is simply magnificent with Oudijk's Toytown arrangement complementing the piano lead to fashioned up a memorable slice of Psych Pop. There's some great Sax from Scott Neilsen on the McCartney Pop of Stars In Her Eyes. Birds In A Blue Sky could easily fit on XTC's Skylarking.


Dream Another Dream is a fine Sedaka - esque arranged Teen Ballad and Down In The Boulevard has a great Vocal Arrangement on a piano led song that reminds me a lot of heyday John Howard. Dream With Me Tonight is more straight ahead with another fine Orchestral Arrangement, this time from Jason Fredrick.

The stand out song though is the title track, Ocean Moon. Pop Rock just doesn't get better than this, it is a gentle masterpiece. Bill Majoros is a major talent. A multi instrumentalist that leads on melody and arrangements. Ocean Moon is 28 minutes that will feel like three. Highly Recommended!


A reminder that the album is available at Name Your Price here, where you can also listen to it. The CD Release will be coming soon on the Kool Kat label.

Email ThisBlogThis!Share to TwitterShare to FacebookShare to Pinterest
Labels: The Foreign Films