Supergrass and The Coral - The Alexandra Palace London 6 March 2020 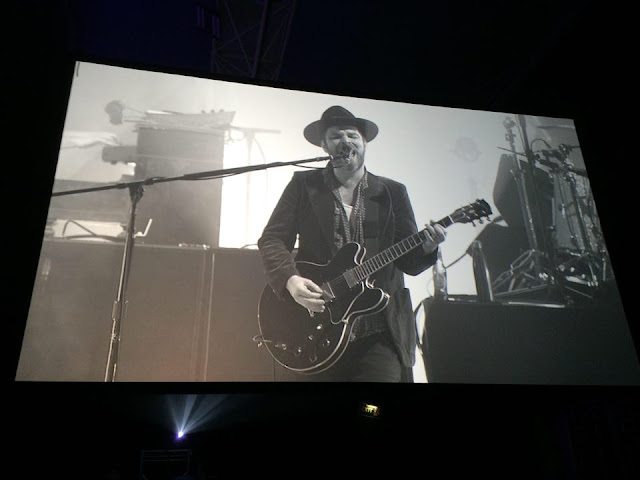 Twenty five years is a long time in rock and roll. Well, it’s a long time anywhere. When Supergrass exploded out of Oxford in the middle of the nineties, Britain felt like the capital of Europe. It was fitting that their first concert back in the capital, would be at the Alexandra Palace, second only to the Royal Albert Hall in terms of grandeur, but certainly of the more faded variety.

Among the yummy mummies and Muswell Hillbillies, it was nice to see a smattering of young people in the audience when The Coral took to the stage. Singer James Skelly leading the band through hits including Jaqueline, Bill McCai and In the Morning. Drummer Lee Skelly holding the whole thing down like Mick Fleetwood before the psychedelic wig out of Goodbye and the perennial hit Dreaming Of You had everyone heading out to the bar in a good mood.

Anyone who has seen the Supergrass Is 10 movie will know that from the early days, the band and close pals Dom & Nic shot a lot of what they did on a zany Monkees meets Wayne's World kind of trip. These cine-literate guys understood that content is king back when YouTube was the stuff of fantasy. Their set opened with quick edits on the big screen, the laughing, the mugging, the sped up voices from the debut album, before Supergrass took to the stage to a heroes welcome. They began with the moody descending riff and wash of drums that opens their sophomore album. Typical of them to open with In It For The Money, a song about struggling with fame with a mantra robbed from Frank Zappa. 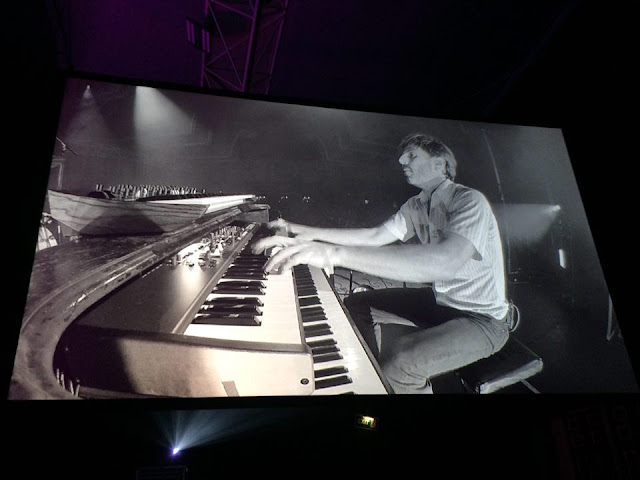 They then tore into I’d Like To Know, the first song from the debut I Should Coco. Rob’s Hammond searing and Mickey’s bass pumping, while Gaz sprayed out the riffs and Danny played fast and loose with the hearts of the assembled throng. Goffey then went onto to say that Gaz was suffering from a bad neck, having  seen a special doctor earlier in the day for a good dosing. Likewise, Danny looked suitably refreshed.

Mansize Rooster took me back to being ten years old with its Glam Madness stomp before Mary swayed like early Santana and then a solo Gaz lead the crowd through a rousing version of Moving with the band kicking in on the first chorus and the audience losing their collective shit.

Then the poppy Seen The Light and the Tex-arse blues of Time which saw Gaz on his trusty Telecaster, before the stage was bathed in green light for a punky Sitting Up Straight, showing off their Buzzcocks-meets-Stranglers-meets-Hendrix oeuvre before the classic Late In The Day, slower and spacier than the record. It channeled the 14 Hour Technicolour Dream, psychedelic parties of the sixties that Alexandra Palace is famed for. Richard III again raised the roof, with some of the more adventurous members of the audience taking to crowd surfing. There’s going to be some bad backs tomorrow. Then came Going Out with the lads saving a few quid by singing the brass parts themselves and Lose It with Goffey slowing down into the final reprise in the fashion of an Italian stadium rock drummer, but still cool: Is there anything these guys can’t get away with?!

More pop perfection with She’s So Loose and Grace, before Alright took the venue to levels of laddishness not seen since Phil The Power Taylor last won the Darts and the band wrapped up with a stunning version of Sun Hits The Sky, complete with a synth solo befitting of Wakeman’s cape.

I snuck off to redistribute some of the pints of lager I had been drinking and arrived back just in time for an encore of Lenny, Strange Ones and Caught By Fuzz. The returning kings of the Cowley Road had me thinking that even with all this paranoia of Corona, as the song almost goes; I knew I shouldn’t have stayed at home tonight.


Posted by Anything Should Happen at 20:43