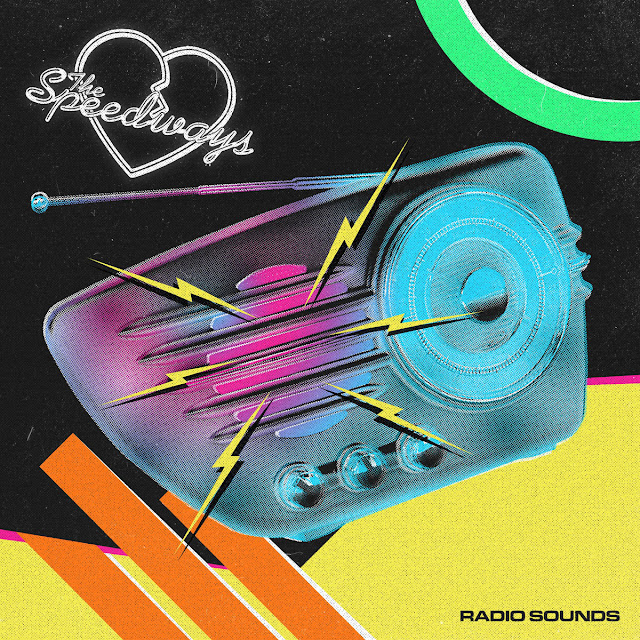 I reviewed The Speedways' debut album in July 2018 and loved it. You can read the IDHAS Review of Just Another Regular Summer here. At that point, it appeared that the album was a one off Side Project for Matt Julian and I hoped there would be more.

Since then, the excellent Rum Bar Records got hold of the album and released an Expanded Edition last year and the album took on a life of its own to establish itself as one of the great Power Pop albums of recent years and rightly so.

So I'm delighted to report that the follow up is released this Friday and you won't be disappointed. Radio Sounds is everything that is great about the debut album, but seems to have taken on an even more melodic feel. If anything this feels a bit more laid back at times.

It is also pleasing that the band have become an established quartet now and it shows in the playing and arrangements. Where as song such as Number Seven is everything that you would expect from a Speedways song, Your Brown Eyes Seem So Blue could be Racey.


Empty Pages is a jangle fest, very early 80s US Pop, yet Had Enough This Time is very UK New Wave. In A World Without Love It's Hard To Stay Young is a Jingle Jangle riff-a-thon. The Day I Call You Mine is great pop.

All the prerequisites of Power Pop are here. Big Choruses, riffs that hook, great Middle Eights etc. Matt Julian has captured the genre perfectly and at a time when Power Pop seems to have lost so much direction, Radio Sounds should be used as an example of what the template is.

You can pre-order the album here.