Ward White - Leonard At The Audit 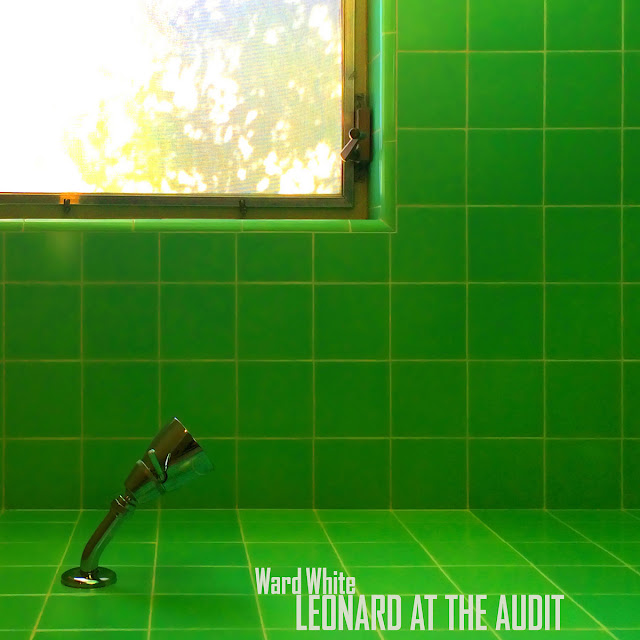 Ward White is one of Los Angeles's Best Kept Secrets. particularly to UK Listeners. The man is an absolute revelation. His lyrics are more akin to poetry and he builds characters in his songs with a depth unrivalled by most singer songwriters.

Arrangements take unexpected turns after unexpected beginnings. Then there is his splendidly plummy voice, more plummy than even Bryan Ferry. He's provided a back catalogue of exceptional albums that sound like they come from anywhere but L.A.

It may be the done thing to state that a new album is the best thing that an artist has ever done or a real return to form, this is neither. Leonard At The Audit simply continues and enhances the stature of  what has gone before. This album is in a league of its own. I don't see anyone around making an album as great or different to what is around.

Take, for instance, a song like Ice Capades. It starts all medieval and ends up as a great Pop Rock affair and it is those changes of directions and general inventiveness that makes Ward White stand out from what else is around.


There is so much here to tuck into. 11 songs of which none are similar. Edmund Fitzgerald Is A Wreck is a jangling Morrissey or Lloyd Cole. Then there is the lounge of Try Me, the Spaghetti Western feel of Dreaming Of Destiny or the 80's vibe of Bubble & Squeak.

Pornagraphic Ennui has a Berlin Bowie feel and then there is Not The Half, an absolute wonder of a song that is desperate to reveal its ringing L.A Roots. This is album of the year material without a doubt. Not a duff song in sight. Beautifully thought out, played and produced. More importantly, those lyrics and that voice! Wow!

Posted by Anything Should Happen at 16:47