I Love Your Lifestyle - No Driver (Name Your Price) 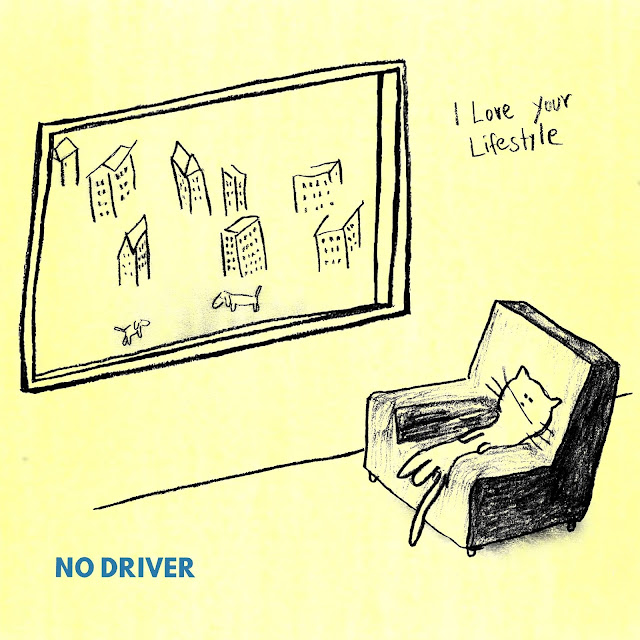 I Love Your Lifestyle are constantly linked with and EMO tag, yet there is little of that comparison left and there never was that much in the first place. This is Indie Pop Rock of the highest order and yet another Swedish triumph.

At times they remind me of a Poppier Mew. They certainly have similar time signatures. Perhaps they are bringing Math Rock to the Pop world, I Have No Point To Make is the closest to EMO and that still wants to break out in a Steven Wilson sort of direction.

There are other variations too. Shilly-Shally is a splendid slice of (almost Power) Pop and Fram Och Tillbaka is wonderfully dreamy pastoral pop. Inner Freakness could easily appear on the Electric Dreams soundtrack.

Making Nothing Out Of Something is a cracking album closer and sums up the ability that the band have of attaching lyrics about the banal to jaunty intelligent arrangements. There's lots trying to escape out across the album, a couple of the songs have Classic Rock solos and at times there is a real Motors Tenement Steps period appeal.

There's so much to like here, but my preference is that angular Math Pop on songs like Stupid and Car. These type of songs make them stand out from the Indie Guitar crowd, No Driver is a great third album and certainly the band's best thus far.

You can listen to and buy the album here. The album is at Name Your Price, so what have you got to lose?

Posted by Anything Should Happen at 18:07

Email ThisBlogThis!Share to TwitterShare to FacebookShare to Pinterest
Labels: I Love Your Lifestyle