The Stan Laurels - There Is No Light Without The Dark 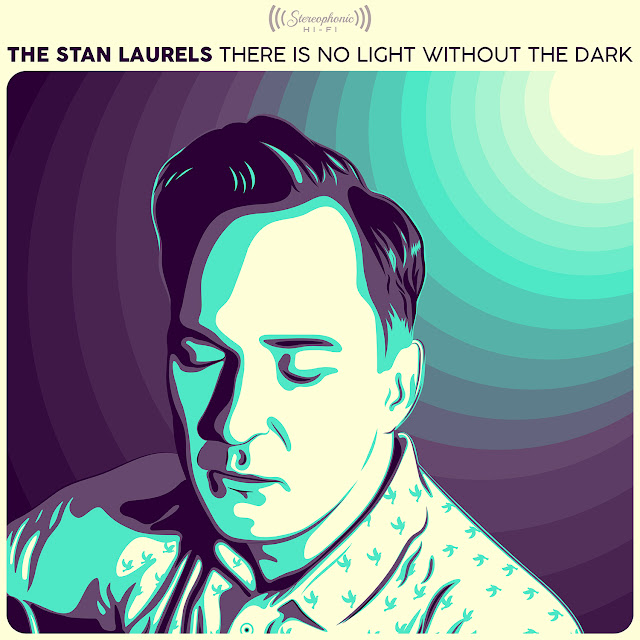 The Stan Laurels last album, Maybe, was in the IDHAS Top 100 Albums of 2018, so I looked forward immensely to the follow up and here it is. You can read the review of Maybe here and although There Is No Light Without The Dark isn't a major departure, there are changes in emphasis.

This is very much a more riff orientated album, mainly at the expense of keys, although there are two lovely short keyboard themes in Emotions, that provide an interlude to all that more than welcome guitar. Emotions II is dream like.

John Lathrop rocks you gently with his wonderful laid back vocal and that voice allows the riffs to work you over. On this album though it is the solos that catch you be surprise, particularly on the likes of Love Wine And Song and the Jangle fest that is Tomorrow.

Comparisons with The Explorers Club have been made and where as Red-Handed Puppet and the splendid backing vocals could be aimed that way, this very different. John Lathrop is too good a guitarist with too many licks and runs to reside in that West Coast Sun.

At its heart, this is a Power Pop album, a really really great one. It is incredibly melodic, laid back, but knowing when to break out. Lathrop is never going to raise his voice, he doesn't need to. Why shout when you can captivate calmly?

Mateo's Song is almost lounge and November borders on Yacht Rock, but the most enjoyable moments are the break out ones. This Is Your Life has a hard hitting Intro that gives way to a synth led affair. The likes of Lost And Found and Florida Man reveal how great Power Pop can be, if it is allowed to survive without all the fall outs. This is a top notch album, but I knew it would be.

You can listen to and buy the album here and on the Big Stir site here.

Posted by Anything Should Happen at 21:02

Email ThisBlogThis!Share to TwitterShare to FacebookShare to Pinterest
Labels: The Stan Laurels