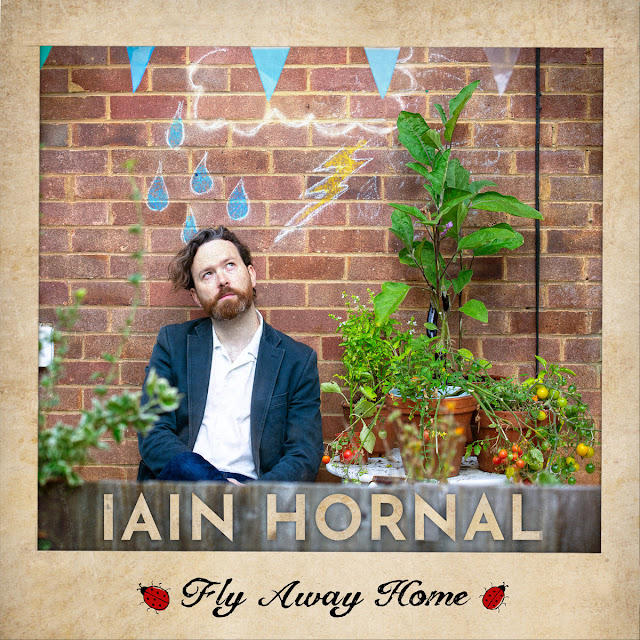 It seems like only yesterday that I was singing the praises of Iain Hornal's debut album, The Game Begins With The Lights Out, so I was a bit gobsmacked to discover that it was four years back. You can read the IDHAS Review here and that debut still sounds great.

There were quite a few guests on that album and I mentioned that Hornal would be just as good without them and that gets proven here. Working essentially with Jo Webb, his fellow touring bandmate in Jeff Lynne's ELO and Paul Stewart on drums, this was a lockdown album. But what is most admirable is that it sounds like a studio album despite all involved being in different places.

That enhances the enjoyment and affect because Pop Rock should be big sounding and the past 12 months or so hasn't seen too much melodic pop because of this. Iain Hornal is also in 10CC, being Eric Stewart if you like. On the quieter numbers here, he does have more than a touch of Stewart.

It'll be no surprise then to hear that Fly Away Home, as an album, occupies the sweet spot between 10CC and ELO. There are some real hooks present that demand the choruses be sang along with. Try A Little Love, for instance, starts all Paul Carrack moodiness only to burst into the catchiest chorus imaginable. You can't get the thing out of your head.

Fly Away Home has another killer chorus and Everybody Else is wonderful McCartney Pop, very Graham Gouldman-ish with a touch of Philly. How Much It Means is spot on Soft Rock and Find A Home is a beautifully constructed, almost west coast, piano ballad. There's also a co write with Gouldman on I Can't Tell You.

The stand out here though is the opening Wake Me Up, Drop Me Out, a song that contains everything that you would ever need. My one slight criticism is the running order. Hornal does fast or slow equally well, but the album does seem to have too many of the slower songs at the back end of the album.

It almost becomes a Side Chirpy and Side Cry. The quality of the songs is fantastic, it is just the sequencing that seems a bit out. I really can't recommend this second (definitely NOT saying Sophomore!) album more highly.