Hornal - The Game Begins With The Lights Out 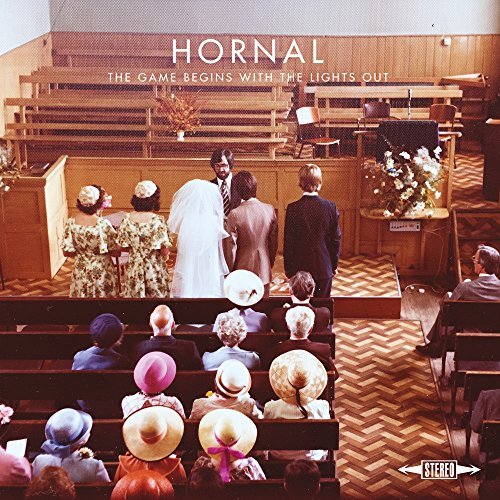 Iain Hornal has been a long in demand Session Musician as well as part of Jeff Lynne's ELO and 10CC's touring outfits. He was also excellent solo support on last year's The Feeling Tour. He steps out of the shadows with Hornal's excellent solo debut.

For a blog that states that they don't hear a single, I know I know, it is ironic, I'd like to think that I know a great single and any debut album needs one. Well this has got just that, the fantastic She Doesn't Have Anyone is simply poptastic.

She Doesn't Have Anyone will get comparisons to The Feeling, but to these ears it's more like Robin Zander's Reactionary Girl. The guest appearances add a lot to the album and it's wonderful to hear Graham Gouldman and Kevin Godley on the album closer, Say The Word.

In fact it's like a dream for IDHAS and ASH followers with Matt Berry doing his spoken word Stephen Toast bit. The lead guitar is also a cross between 10CC and ELO. It's an epic six minutes.


Dan Gillespie-Sells and Ciaran Jeremiah guest on Pictures Of Past, a song that sounds nothing like The Feeling, it's more Simon and Garfunkel. Anna Krantz's guest vocal can only take Different Places down the Country / Folk route and it does beautifully. You'd expect Billington And Quinn to do something similar, but Jennifer is more Take That.

It's not about the guests though, Hornal don't necessarily need them. Caledone is McCartney at the piano and beautifully moody, Quit You is so West Coast, Staring At The Sky could be The Alan Parsons Project. Any Other Way could be Paul Carrack in his heyday.

Sophie Ellis-Bextor is really underrated as a solo artist and the two songs that she appears on are ace. Dangerous Men starts with a Chic like Intro, has a Bowie like verse and then a dramatic chorus. Running Away is a splendid duet, very different to what surrounds it.


The Game Begins With The Lights Out is a wonderfully constructed debut album. The guest appearances add to the album, but don't detract from whose album it is. It is a cracking album, well worth getting the card out of your wallet. It's superb.

You can buy the download at the likes of i-tunes here. It is also available as a CD or on Vinyl here.


Posted by Anything Should Happen at 18:38