Brinsley Schwarz - It's All Over Now 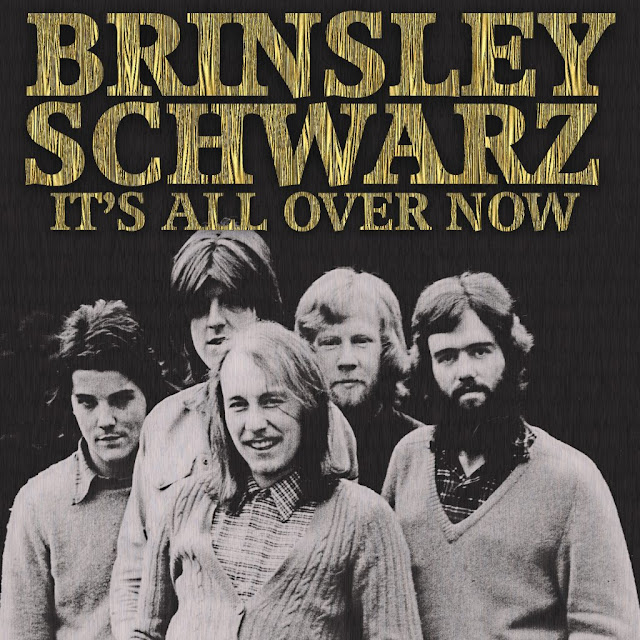 Brinsley Schwarz are a legend in their own right, particularly the tales of the US Promotion disaster of their first album. They were lumped in with the Pub Rockers, but really thrived on a UK Version of Country Rock.

The Band were big fans, as was Elvis Costello who nodded to them in Flip City and grabbed (What's So Funny 'Bout) Peace Love And Understanding. The band backed Frankie Miller on his debut album.

Brinsley Schwarz remains one of the great underrated guitarists of his generation, most notably as part of The Rumour with Bob Andrews. Ian Gomm is held in high esteem in Power Pop circles for his solo records during the UK New Wave heyday.

The band were imploding when It's All Over Now was being recorded in 1975, the album was shelved and that appeared to be the end of that. In 1988, the album was released and quickly withdrawn. Eventually, Ian Gomm discovered the tapes were in Rockfield Studio's vaults and released the album in CDR form for a short while.

Now on Mega-Dodo, the album gets a proper release. John Blaney's label has been bringing some fine offerings to the table in recent years and this is no exception. I've been fortunate enough to get an advance CD and the album is ace. It was a completed project. It also contains the original recording of Cruel To Be Kind.

I'll be reviewing the album nearer it's April release date, hopefully with some streams. In the meantime you can pre-order the album on CD, Vinyl or Cassette here. I give you this advance warning simply because the Mega-Dodo releases tend to sell out pretty quickly. I'd also recommend the excellent book on Brinsley Schwarz which is a cracking read and reveals how influential the band were. You can buy that here.


Posted by Anything Should Happen at 22:42