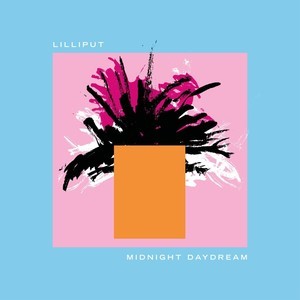 Sunderland's Lilliput recorded this debut album in Liverpool, but the vibe is far more afield. The band has fashioned up a wonderfully laid back affair that owes as much to the 70's West Coast as it does to UK Pop. There's even Jazz and Funk influences.

Midnight Daydream is a really accomplished offering. Two thirds through you think that you've sussed the band and they are close to Tame Impala, then the pop shines through. Waiting To Go is so 70's Pop Rock it could be 10CC, whilst The End is Dodgy or The Bluetones.


I get so tired of the genres that keep popping up, Sludge Metal anyone? I've often wondered what Baroque Pop is. it could very well be this, a sort of Steely Dan go Psych Pop. The folk influences are there too. This is a wonderfully textured album.

Another observation is that for all the grooves that are hit, ypu are suddenly thrown by a Prog like Tempo change. Heavy Clouds starts Beatlesque, then hits a lounge like groove. Sha Sha is a shuffle that ends up Doobie Brothers. The whole album is like this, it's an absolute joy.


Then there is Catch The Monkey which is a corking slab of Psychy Pop. All nine songs add something on each repeated listens. It's an album that deserves to be listened to in 31 minute full sessions.

One of the best things that I've heard in a long while!

You can listen to the album here.  The album is available to buy for download from the likes of Amazon here. I believe there are some copies left on CD and Vinyl, if so I'll update this post.

Posted by Anything Should Happen at 18:39

Email ThisBlogThis!Share to TwitterShare to FacebookShare to Pinterest
Labels: Lilliput