The Bats - The Deep Set 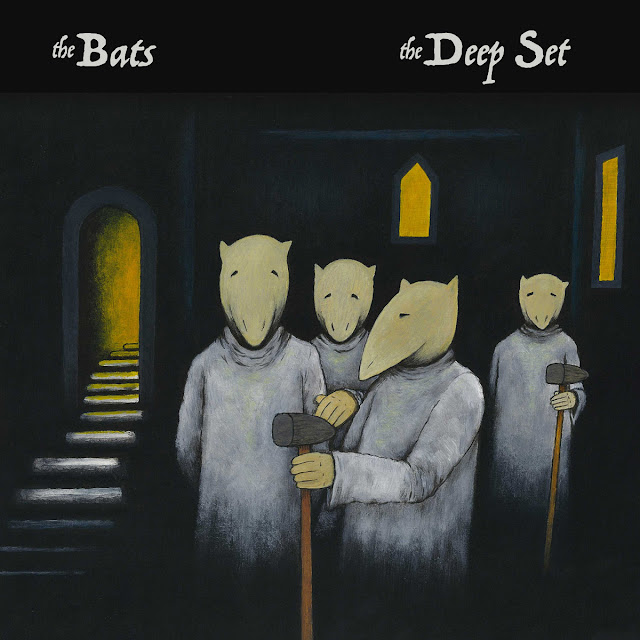 When I think of New Zealand music wise, I muse about the pastoral pop that regularly chimes from those shores and the magnificent Flying Nun Records. The latter is forever an eclectic label, but at it's best when it's releasing great pop.

The Bats are a fantastic example of the former and they are also on the Flying Nun label, two birds with one stone if you like. I'm sure that others will have already mentioned it, but I cannot understand why The Bats haven't been as big as Crowded House, luck maybe?


Now into their fourth decade and over five years since the splendid Free All The Monsters album, The Bats return and they've lost nothing in their impact. The guitars jangle and chime, the catchiness of the songs still hooks you and the folk influences prevail but never affect the jauntiness or make the tunes sound fiddle dee dee.


Robert Scott can sound a bit Michael Stipe at times, but if I had to compare the band to anyone, it would be my beloved Go-Betweens. The lyrics are certainly darker, Free All The Monsters suggested that, The Deep Set moves this on a pace.

The more the album progresses, the more that melancholia shows itself, but The Bats could never make you feel miserable, that gentle jingle of the guitar won't let them. The Deep Set is another great offering from The Bats. I'd be really shocked if it wasn't.


Posted by Anything Should Happen at 14:01

Email ThisBlogThis!Share to TwitterShare to FacebookShare to Pinterest
Labels: The Bats