Psychotic Youth - The Voice Of Summer 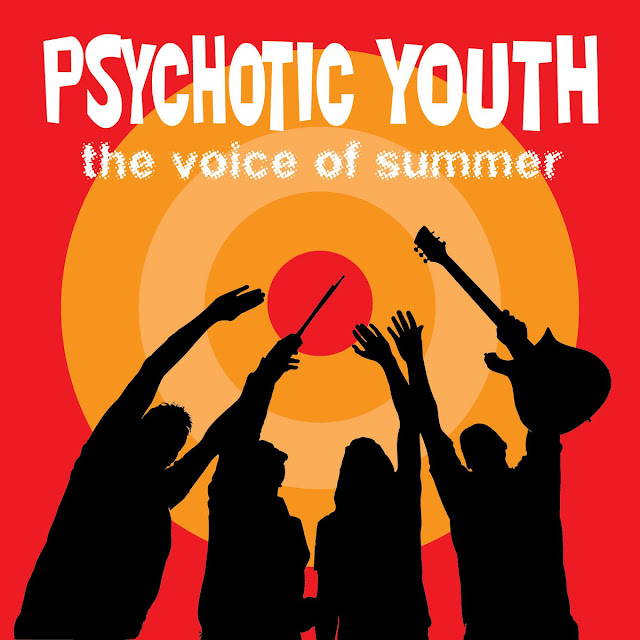 There's loads of great Scandinavian Pop and Rock, it just doesn't get the attention it deserves. It really just isn't all about Roxette. Fortunately, we have an expert on these matters at IDHAS, Nick Fletcher, I just wish the public would get to hear from the man more.

After 18 years, Sweden's Psychotic Youth are back and they've lost nothing of their drive and punch. The Voice Of Summer is brilliantly up and at them, a breath is rarely taken. Think of any of the great New Wave and Power Pop bands of the early eighties and this lot stand comparison.

The speed of delivery gets many Ramones comparisons, but the American Power Pop bands are far nearer the mark. Bands like The Plimsouls and The Beat or when the organ drives the songs, The Fleshtones spring to mind.

But there's plenty of UK influences, The Vapours and The Undertones and their like. Goodbye Girl's chorus sounds suspiciously like Squeeze's chorus from the song of the same name and the vocals can be like a rocked up Lloyd Cole.

If you like your crunching riffs and particularly if you've delighted in the recent trend of great harmonic pop but wished it would rock a bit more, this is the album for you. It made me think I was 16 again and heading off for the next gig.

This Is Rock N Roll made me yearn for a Dr Feelgood gig. I could go on far more about how great the album is, but I'll let you confirm it by listening to it here. It's impact may have been exagerrated by my yearn for an album to let loose, this certainly does that. It's simply ace.


You can buy the album on CD at Kool Kat, the vinyl at Juno and get the download at the likes of CD Baby.


Posted by Anything Should Happen at 18:23