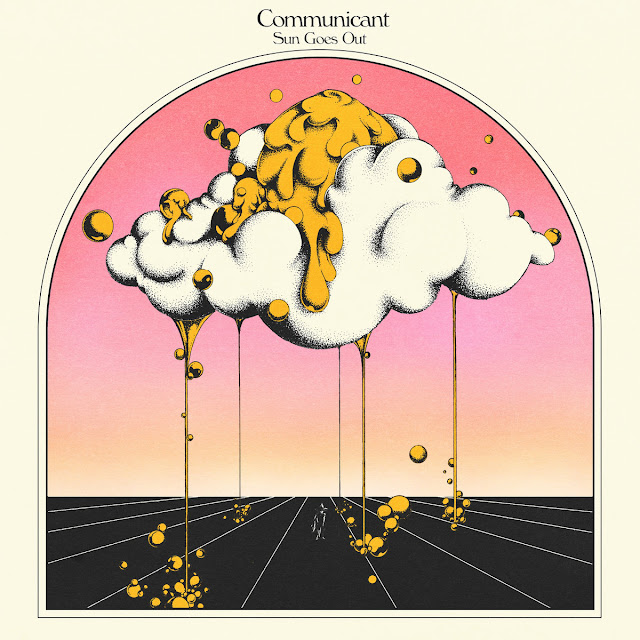 There's been so many great albums to tell you about lately that down time has been difficult to achieve and so the last couple of days have been heaven. Not having to write something up allowed me to just concentrate on listening without having to describe and so I could go to my default listening.

That is, more often than not, Psych Pop and what an adventure it was. I wanted to pick out one album for now, others will follow in coming months and this is that. Although it was released last year, I desperately wanted to tell people about it.

Los Angeles based Dylan Gardner is Communicant and Sun Goes Out is as good an example of how invigorating and inventive Psych Pop. It is a genre that is not populated by hippies messing about with backward Guitar sounds and Sitars. It is what it says on the label, Pop.

Pop that can be played around with. Yes it reminds you of the 60s sometimes, mainly because people keep telling you it is from that decade. But, not too many genres give you the space to be as inventive whilst still majoring or big catchy choruses.

Communicant master the full scope of Psych Pop. Spaced out or Melodic Pop seem to come easy. Both She Moves The Sky and Come Down could be something by our beloved Orgone Box and it really is time that there was some competition in that department. Its been way too long.

Yet Feel Like I'm Dying reminds you of what you used to love about Tame Impala before it all became writing songs to dance to in a big field. Plastic People is wonderfully moody, maybe even a bit Prog at times. The Wheel is Film Soundtrack joy and Housefly is a mixture of Lounge and Mew.

Prisoner Cloud is all Austin Powers Yeah Baby with a touch of UK Beat. Fang matches a moody vocal with a cracking Jaunty bounce along Beat whilst still managing to drift into Psych. Sun Go Out is the big Brit Pop moment. Anthemic with a massive chorus.

It is hard to believe that the album was recorded in a bedroom. I hear so much stuff that sounds obviously so, this sounds much more than that. An album to listen to all the way through, it never drifts or bores. Highly Recommended!

Posted by Anything Should Happen at 16:50

Email ThisBlogThis!Share to TwitterShare to FacebookShare to Pinterest
Labels: Communicant